Will a superstar step into the shoes of Paula Abdul and Nicole Scherzinger on the next season of The X Factor? Many fans are screaming for Mariah Carey to join the show — and Simon Cowell might be listening. 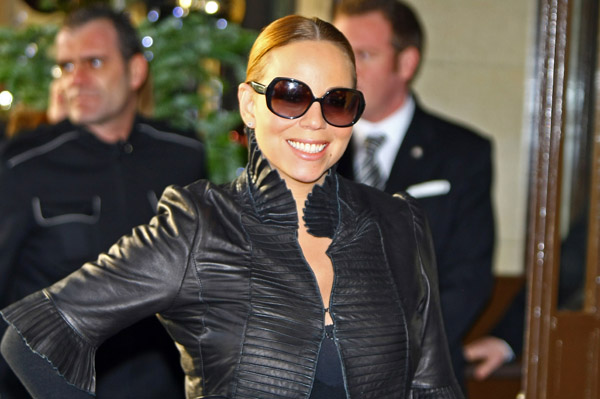 Could Mariah Carey swoop in and save The X Factor? The mother of Moroccan Scott and Monroe Cannon is on the short list of celebrities fans want to replace the ousted Nicole Scherzinger and Paula Abdul on the hit show.

“Simon Cowell wants to add some newness and originality to the show,” a source told Hollywood Life.

“[Simon] felt that Paula was replaceable because her groups didn’t succeed and [he] didn’t want the Idol comparisons to continue.”

Cowell wanted the U.S. incarnation of the hit U.K. talent show to surpass American Idol ratings, but it failed to the make the grade. The acerbic Brit reportedly blamed Abdul, Scherzinger and host Steve Jones for the chaos on the show, including Rachel Crow’s emotional elimination.

Now, Cowell is looking for mega-watt replacements so they can compete with Jennifer Lopez and Steven Tyler on Idol, along with Christina Aguilera, Adam Levine and the gang on The Voice. Carey is the logical choice, according to sources.

“She wants to be a judge and she has been in secret talks with Simon. The two are good friends and she promised to help pull in monster ratings this coming season,” an insider told the National Enquirer in early January.

And Cowell sings her praises.

“I met her recently and she was on great form,” Cowell said of Nick Cannon‘s wife. “And her idea was to be the judge of the judges, which only Mariah could come up with. She’ll be involved in some form. I literally adore her. I love her to bits.”

Plus, she wants to remain relevant in music without touring. What better way than with a high-profile television gig? It’s working for Lopez.

So, we’re really expecting this to happen — especially since no replacements were immediately announced. Carey is a diva and likely wants a spectacular announcement.

We can’t help but be a little sad for the fired judges and host, though.

“I want to say a massive thank you to Paula, Nicole and Steve for being part of The X Factor last year. We had a lot of fun making the show together and importantly, we found some real talent and stars,” Cowell said in a statement.

“You do develop friendships with the people you work with and Paula, in particular, is a very close friend and I expect to be working with her on another project in the near future. I’m sure all three are going to have massive success in what they do next, but now is the time to thank them all for everything they did last year.”

Do you think Mariah Carey should be a new judge on The X Factor?