What did Kristen Bell get for her birthday that made her totally flip her lid? See what the House of Lies actress told Ellen DeGeneres. 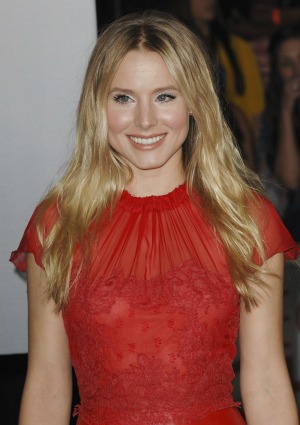 It’s official: Kristen Bell is adorable (like we didn’t already know that). The actress totally freaked out while recounting the story of her 31st birthday to Ellen DeGeneres and the very special gift given to her by her fiancé Dax Shepard.

Turns out Bell is a huge animal lover with an extra-soft spot for sloths, and Shepard took advantage of that to give her a birthday she would never forget. Totally “aw”-inducing, right? What’s even cuter is how excited Bell still gets recounting the story.

“He said ‘I’m going to get you a present that no one else will ever get in their lifetime.’ And I was confused and thought, ‘Okay,'” the House of Lies actress explained during an appearance on The Ellen DeGeneres Show.

“So the day of my birthday, we’re sitting in the living room and I hear a knock at the door. [Dax Shepard] says, ‘Your present is here. Why don’t you go grab the dogs and go in the back room?'”

“I had no context for knowing what it was, but I grabbed the dogs and walk into the back room of the house and I was immediately overcome and I thought, ‘There’s a sloth near. There’s a sloth here. It’s close, it’s going to happen,'” she said.

“And I didn’t know how to process that because my entire life had been waiting for this moment where I would get to interact — I’m serious — with a sloth!”

“So I am sitting on my bed, knowing that a sloth is here, I start to have a full-fledged panic attack,” Bell revealed. “I don’t know how to compete with all this emotion so I just sort of curl up in a ball on the bed and I’m crying so hard and Dax knocks on the door and he has a video camera and he’s like ‘Surprise! I want you to come out to the — Are you alright?!?!?’ And sees me basically fetal on the bed.”

Bell then shared a home video taken of that very moment — and she wasn’t exaggerating. Girl totally flipped her lid!

“I needed to be sedated, clearly,” she said.

Just to make sure Bell wasn’t faking, Ellen tricked her into thinking she had a sloth for her in the studio — and Bell started to cry right then and there. Totes adorbes!

Watch Kristen Bell freak out over a sloth on The Ellen DeGeneres Show:

Catch Kristen Bell on House of Lies Sundays at 10 p.m. ET/PT on Showtime.