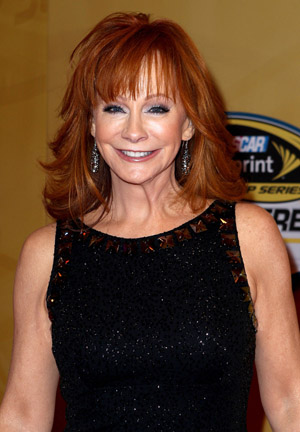 “Preliminary reports from Austrian Police officials indicate that the actress fell more than 100 feet to her death in a remote area of the Hahnenkamm mountains while on-set,” the report said.

They went on to report that the 56-year-old was in the country filming a movie. However, most people missed some small print at the bottom of the page.

The notice read, “THIS STORY IS 100% FAKE! This is an entertainment website, and this is a totally fake article based on zero truth and is a complete work of fiction for entertainment purposes!”

“This story was dynamically generated using a generic ‘template’ and is not factual. Any reference to specific individuals has been 100% fabricated by web site visitors who have created fake stories by entering a name into a blank ‘non-specific’ template for the purpose of entertainment.”

We’ve reached out to McEntire’s reps to get their take on the hoax.

The “Fancy” singer is hardly the first celebrity to get the death hoax treatment. Cher was the most recent victim, though no one would have known about it if Kim Kardashian and Khloe Kardashian hadn’t broadcast the rumor on Twitter.

“Did I just hear that Cher has passed away? Is this real? OMG.” Kim tweeted last week. She later learned the error of her ways and posted an update.

“Can’t believe people would make up a sick joke like Cher died. These people need to get a life! Thanks Twitter for clearing that up.”

Protip for celebrities: If you learn of a famous person’s death on Twitter, there’s a 99.9 percent chance it’s not true.