In her debut memoir, Agorafabulous!: Dispatches from My Bedroom, comedian Sara Benincasa succeeds in making light of a dark subject with the brilliant use of humor. 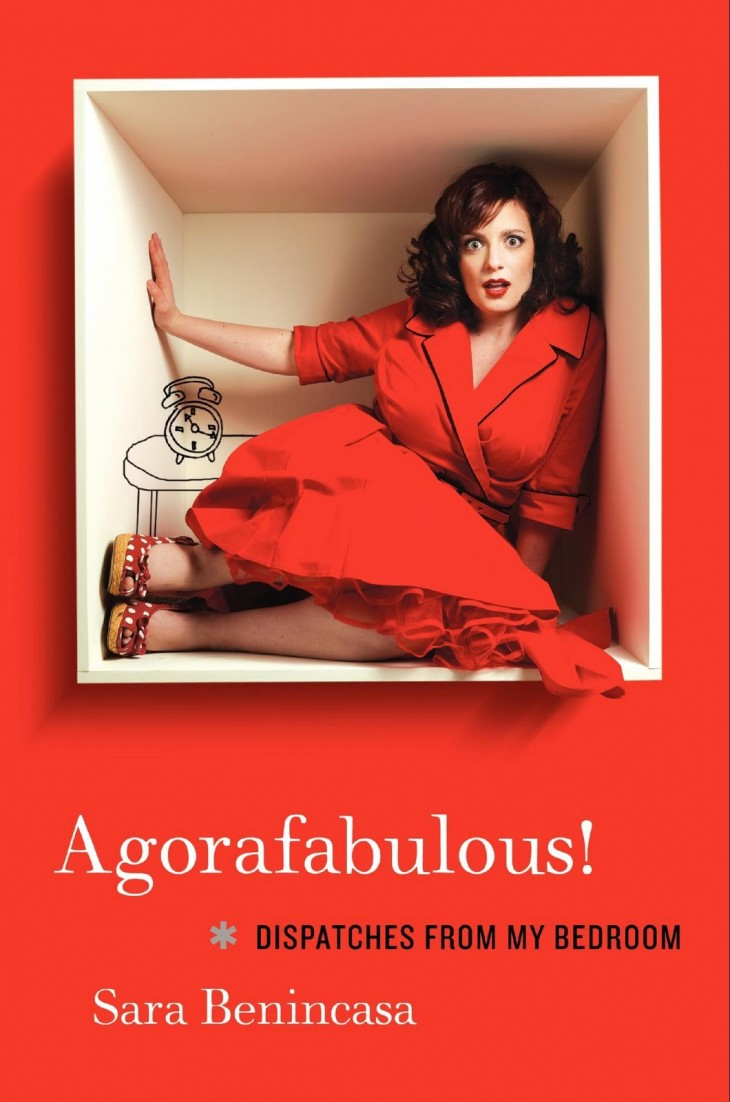 “I subscribe to the notion that if you can laugh at the shittiest moments in your life, you can transcend them. And if other people can laugh at your awful shit as well, then I guess you can officially call yourself a comedian.”

In Boston, a college student fears leaving her own room — even to use the toilet. In Pennsylvania, a meek personal assistant finally confronts a perpetually enraged gay spiritual guru. In Texas, a rookie high school teacher deals with her male student’s unusually, er, hard personal problem. Sara Benincasa has been that terrified student, that embattled employee, that confused teacher — and so much more. Her hilarious memoir chronicles her attempts to forge a wonderfully weird adulthood in the midst of her lifelong struggle with agoraphobia, depression and unruly hair.

Relatable, unpretentious and unsentimental, Agorafabulous! celebrates eccentricity, resilience and the power of humor to light up even the darkest corners of our lives. There are also some sexy parts, but they’re really awkward (like really, really awkward).

Laugh out loud funny, Sarah Benincasa’s debut memoir is a must-read and a must-watch. Check out the Agorafabulous! trailer.

What is a Panic Attack?
Comedian Sarah Benincasa tackles agoraphobia in her debut memoir Agorafabulous! and answer What is a panic attack? in the official book trailer.