Outside the Lines by Amy Hatvany has struck a cord with early readers. The women’s fiction novel, just released today, sucked us in from the first page and has us inside reading all day.

About Outside the Lines 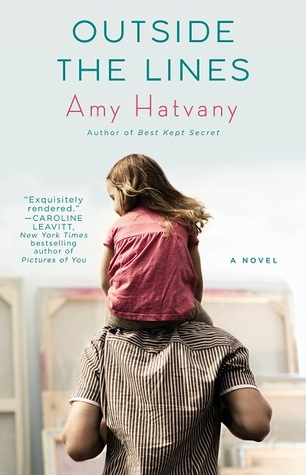 When Eden was 10 years old she found her father, David, bleeding out on the bathroom floor. The suicide attempt led to her parents’ divorce and David all but vanished from Eden’s life. Since childhood, she has heard from him only rarely, just enough to know he’s been living on the streets and struggling with mental illness. But lately, there has been no word at all.

Now in her 30s, Eden decides to go look for her father, so she can forgive him at last and finally move forward. When her search uncovers other painful truths — not only the secrets her mother has kept from her but also the agonizing question of whether David, after all these years, even wants to be found. Eden is forced to decide just how far she’ll go in the name of love.

Outside the Lines is a must-read

You’ll be sucked in from the start, rooting for Eden as she searches for her father and for herself.