Embattled WikiLeaks founder Julian Assange is the latest in a long line of famous faces to be featured on The Simpsons. 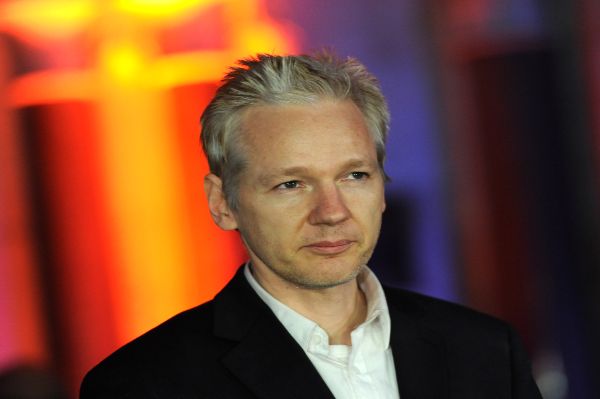 Controversial WikiLeaks founder Julian Assange will guest star on The Simpsons next month. Assange has been tapped to lend his voice and image to a guest character appearing on the 500th episode of the long-running animated comedy, Fox confirmed this week.

The Australian-born Assange, 40, will befriend the Simpsons after they are kicked out of their native Springfield, Simpsons producer Al Jean told Entertainment Weekly Monday. In the episode, the Simpsons — Homer, Marge, Bart, Lisa, Maggie and their pets — leave home and move to a “very rugged place,” where they find themselves in the company of the self-professed Internet activist, who portrays himself.

Assange is currently fighting extradition from the U.K. to Sweden, where he is wanted on allegations of sexual assault. He is currently under house arrest outside London and due to appear before Britain’s Supreme Court on Wednesday to appeal his extradition to Sweden, where he has been accused of sexual misconduct by two former WikiLeaks volunteers.

In 2010, Assange angered American officials when WikiLeaks teamed up with major newspapers to publish leaked diplomatic cables that exposed the candid views of officials and their allies about the wars in Afghanistan and Iraq.

Assange and his supporters are concerned that if he is extradited to Sweden, he may be transported to the U.S., where he’d likely face charges for crimes related to the leaked documents.

Jeans say that the show’s creative team realizes Assange is ”controversial,” so Simpsons writers avoided delving into his ”legal situation.”

“There’s nothing we did that has anything to do with the legal situation that [Assange] is in… We wanted to make sure it was satirical, and he was willing to do that,” Jean explained.

Assange recorded his lines by phone from his home in Britain.