Thanks in part to Nikki Reed, Drew Barrymore has a new best friend! Four paws, one wet nose and a whole lot of love make up this puppy tale. 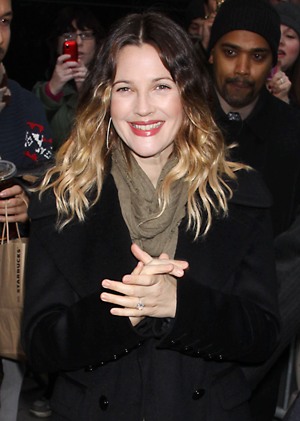 Drew Barrymore and Nikki Reed both have a soft spot for dogs, but what are the odds one would adopt the other’s foster animal?

It all started earlier this month when Twilight star Nikki Reed and new husband Paul McDonald took in a litter of puppies left at a Los Angeles animal shelter. The couple cared for the dogs until they could be taken in by Shannon von Roemer, owner of Bark N’ Bitches.

On the day the litter left Reed’s home she tweeted to fans, “Just gave the puppies to their next foster mommy. My heart hurts.”

On Sunday Drew Barrymore and fiance Will Kopelman stopped by the humane, rescue-only pet shop and fell in love with a furball named Biscuit.

Von Roemer explained, “I know they were interested in the little boy puppy all along, but they wanted to come in and get a sense of the dog’s personality and make sure it would get along with their other dog.”

The store owner went on to applaud Drew Barrymore’s decision to adopt a rescue dog. “That is just who Drew is,” she commented. “She has always been an amazing advocate for shelter dogs and I am just so proud that she chose to adopt a puppy from my store!”

Deserving a round of applause for her role in finding Biscuit a happy home, Nikki Reed took to Twitter to celebrate the happy news.