Laura Linney’s character on The Big C is getting a new friend in superstar Susan Sarandon — now that’s big news! 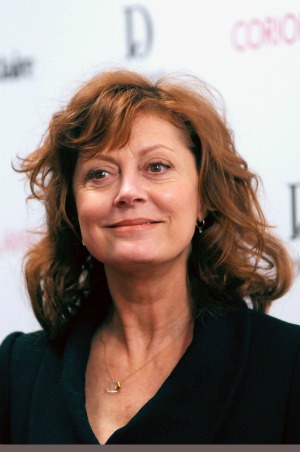 Susan Sarandon on the small screen courtesy of The Big C?

Susan Sarandon is joining season 3 of The Big C in a multi-episode story that puts her opposite Laura Linney’s character, Cathy.

According to The Hollywood Reporter, The Big C‘s creator, Darlene Hunt, says Sarandon will play Joy, a cancer survivor who uses “her cancer experience in a unique way trying to inspire other people.”

Hunt went on to say of Sarandon’s character: “She makes Cathy question whether she’s doing enough with her own cancer experience.”

Other TV credits Susan Sarandon has racked up over the years include Rescue Me, ER, Friends and 30 Rock — that’s quite a resume.

With The Big C prepping to kick off its new season on Showtime Sunday, April 8, we think it might be a good time to mention another big name making an appearance on the popular show’s new season– Victor Garber.

Other notable stars with big stories that have appeared on The Big C include Idris Elba and Hugh Dancy. That’s not bad company to be in, is it?

Have you been following the Showtime series since season one? We want to hear from you. What do you make of a mega-star like Susan Sarandon on The Big C?