Skinny dipping and catfights galore in Puerto Rico! Keep reading to see just how far Courtney went to get her way on this week’s episode of The Bachelor. 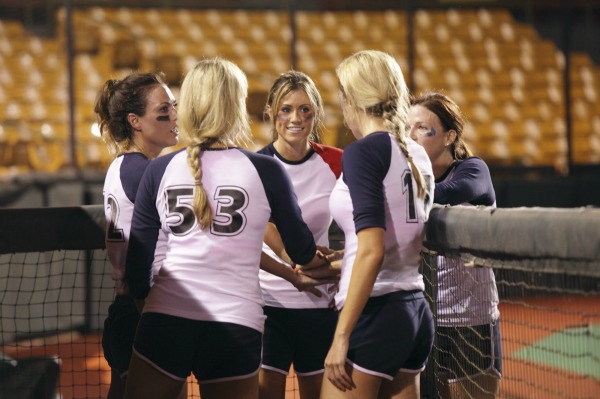 The baseball-themed group date and lackluster one-on-one dates didn’t even register compared to hurricane Courtney’s attempt to lure Ben away from every girl in the house this week.

Courtney started with a taunt to Emily in reference to last week’s disaster of a brawl: “You better check yourself b****!” Then she moved on to her Bachelor scheme of the week — enticing Ben Flajnik into skinny dipping.

Listen, we’re not against a naked dip in the water every now and then, but Courtney’s underhanded plot to keep him interested by losing her clothes was just a new low.

We get it, some people think the haters are being too harsh on the girl, but singing Charlie Sheen’s catchphrase, “winning,” every single time you get a rose and making others feel insecure is just evil. 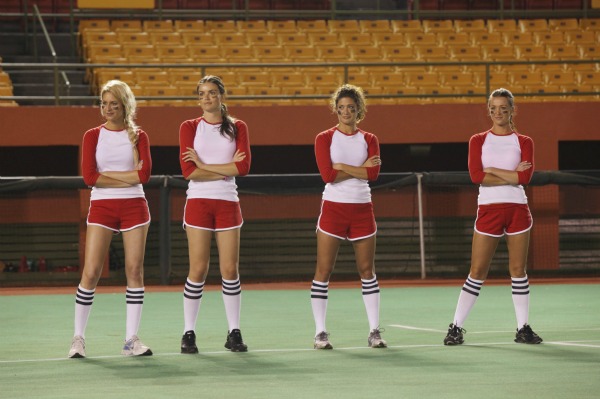 Court happened to be on the winning team, which is how she got her first chance to tempt him into the water.

He refused — at first. But he is a man, after all. While strolling home from his one-on-one with Elyse (where he sent her packing), he happened upon Courtney — and a bottle of wine.

It took him all of five seconds before he dropped trou and jumped in the water with her!

Side note — What a nice blurred out butt Bachelor Ben had during the skinny dipping, right? Darn censors!

The smug look on her face the day after was too much. All the girls gathered and chatted about where they’d like to skinny dip — ironic, right? Courtney wanted to throw it in their faces big time, but she didn’t.

Instead, it was Emily who opened her mouth — again. She went to Ben and blabbed that she was sorry for bringing Courtney up last week, then she turned right back around and kept talking about her to him. She got a rose by the skin of her teeth. 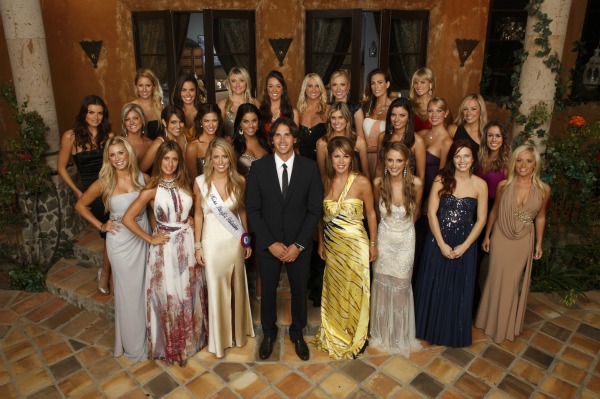 After sending Elyse and Jennifer home, Ben is left with…