Downton Abbey has snagged a Hollywood legend. Oscar-winner Shirley MacLaine is joining the third season of the popular PBS soap. It looks like Maggie Smith won’t be the only grande dame in town. 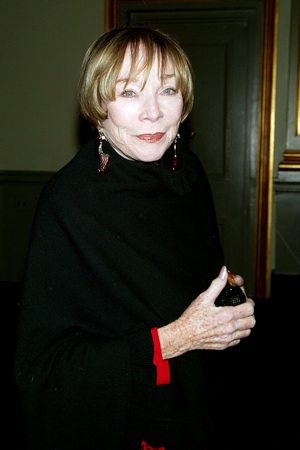 The British drama Downton Abbey is a certified hit. Currently in its second season, it’s proven to be a commercial and critical success for ITV and PBS. Therefore, it’s no surprise that everyone wants a piece of it, including screen legend Shirley MacLaine.

The Hollywood Reporter has confirmed that MacLaine will join the cast of Downton Abbey for its third season. She’s signed on to play Martha Levinson, the American mother of Lady Grantham, played by Elizabeth McGovern. MacLaine’s only the second American to be featured on the show.

One of Downton Abbey’s executive producers Gareth Neame, has a long-standing family connection with the actress.

“My late grandfather directed Shirley MacLaine in Gambit in 1966 so it is a delight for me that she will be joining us on Downton Abbey,” said Neame.

“[Creator] Julian [Fellowes] has written another brilliant character in Martha Levinson, who will be a wonderful combatant for Maggie Smith’s Dowager Countess and we are excited at the prospect of Shirley MacLaine playing her.”

MacLaine is no stranger to television dramas. In 1976 she won a Primetime Emmy for her work in Gypsy in my Soul, and was most recently nominated in 2008 for the title role in Coco Chanel.

Downton Abbey has also won its fair share of awards. Over the past year, the series snagged the Primetime Emmy and Golden Globe for Best TV Movie or Miniseries. That’s not too shabby.

Downtown Abbey’s third season will premiere in the U.K this September, while its U.S. air date has yet to be announced.

Are you excited about MacLaine joining Downton Abbey?