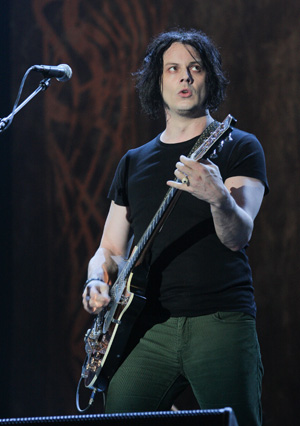 Jack White is moving on from his former band, White Stripes, and releasing his first solo album called Blunderbuss in April through his own label called Third Man Records.

“I’ve put off making records under my own name for a long time, but these songs feel like they could only be presented under my name,” White explains. “These songs were written from scratch, had nothing to do with anyone or anything else but my own expression, my own colors on my own canvas.”

Jack told BBC Radio 1 that the fact he recorded his own material only happened because another artist didn’t show up for his recording session at his Nashville studio.

“A few months ago, we had a session booked and someone didn’t show up, so I said, ‘I guess we’ll do some of my songs’… It kick started the whole process,” he said.

The recently-divorced rocker went on to say that he didn’t have time to write many songs at first, since he also collaborates with the groups The Dead Weather and The Raconteurs.

“I only had a couple at first… when you’re in The Dead Weather, all four of us wrote songs together in the same room, so I would never write songs on my own for that band,” he said.

Blunderbuss is available for pre-order at JackWhiteIII.com, however listen to a sneak peek of his first single, “Love Interruption” right here!