Elton John has a bit of advice for Madonna to take to heart before she performs at the Super Bowl half-time show, though they aren’t exactly words of encouragement! 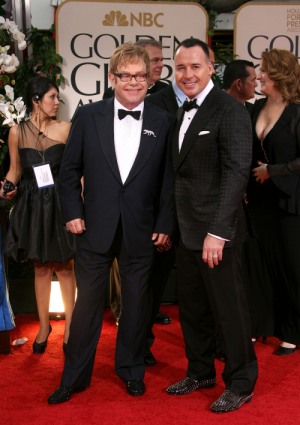 Elton John isn’t looking forward to seeing Madonna perform at the Super Bowl half-time show. In fact, he’s not really a fan of anyone lip-syncing their way through it.

While on the set of his own Super Bowl commercial, Elton John told Good Morning America of his frank feelings for the half-time show. “I’ve never seen a decent one,” said the 64-year-old. “Never ever.”

Perhaps this year’s performance by Madonna is going to mark a change for the better? Not a chance, according to Elton.

When asked if he had any words of advice for Madonna he commented simply, “Make sure you lip-sync good.”

While that may sound like a direct blow, Elton John did soften his stance and elaborate a bit on the complications surrounding such a large performance. When asked if he’d choose to do the show live John replied, “Of course you have to play live, but I don’t think you can. In all fairness to everyone who’s done it before, I think you may be able to sing live, but it’s really hard to play live.”

There are only two in Elton John’s memory who have managed to pull off solid Super Bowl half-time performances. “To be honest with you, I saw the Stones, I saw Prince and I thought they were pretty good.”

This tough critic will be seen during the game playing king in a Pepsi commercial alongside The X Factor winner Melanie Amaro. “I love being the king,” he told GMA. “But it’d be too dangerous for me to be the king. I’ve got too many things inside my head that would say ‘off with their heads.'”

Do you agree with Elton John’s dislike of the Super Bowl half-time show?