Modern Family is tackling every parent’s nightmare — teen sex. In a future episode, Phil and Claire Dunphy will struggle with one of their kids’ developing sex life. Who’ll stay calm and who’ll jump the gun? You’ll be surprised! 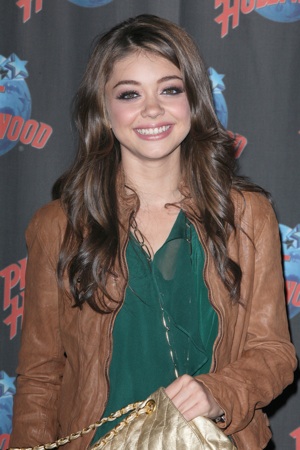 It’s time for another special episode of ABC’s Modern Family. If you thought watching a toddler drop the F-bomb was too much, you haven’t seen anything yet.

According to executive producer Steve Levitan, Modern Family is about to tackle sex and the teenage girl. Sex is a topic most parents hate, especially when it comes to their daughters.

In an upcoming episode, the Dunphys will discover the cold, hard truth about their oldest child. She’s not a virgin.

Levitan told TVGuide that Phil (Ty Burrell) learns Haley is (Sarah Hyland) sexually active and has a hard time dealing with it.

He’s always been considered the “cool parent,” while Claire’s the disciplinarian. Yet, Claire learns of Haley’s extracurricular activities way before her husband. How will poor Phil take that betrayal? Burrell teases, “He’s, of course, horrified. But it ends up being very heartfelt and meaningful.”

Claire’s hated most of Haley’s boyfriends and constantly tries to divert her from the opposite sex. Therefore, it’s interesting that she knows Haley’s secret, while Phil is left in the dark.

Claire’s portrayer Julie Bowen admits that she was more terrified by the story than her character. “I was shocked,” she said. “I was sure it would turn out to be a big misunderstanding, but no. Claire’s not devastated by this, but I am.”

It wouldn’t be a family show if they didn’t have at least one episode about this topic. It’s the TV trope that keeps on giving. It looks like our Haley is really growing up.