The mysterious Ferris Bueller’s Day Off redux that hit the web last week has been revealed to be a Super Bowl ad for Honda. See the entire clever spot here! 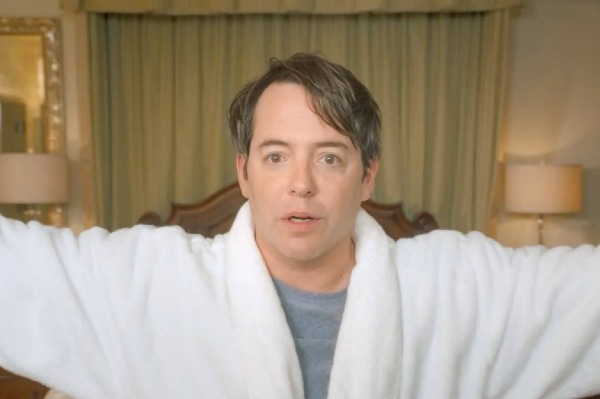 Matthew Broderick is bringing Ferris Bueller back — but sadly not for a new film.

After a mysterious preview last week, it has been revealed that the actor has revamped his most famous role for a new Honda Super Bowl ad that cleverly packs literally dozens of Ferris Bueller references into just two minutes and 25 seconds.

“To celebrate the launch of the all-new 2012 CR-V, Honda brought Ferris Bueller’s Day Off back in a big game commercial,” the automaker said in a statement. “We cast Matthew Broderick as himself, skipping out on a day of acting work and living it up in his all-new CR-V. Relive movie history with Honda’s fresh twist and wonderful homage to this ’80s classic.”

Ad director Todd Phillips masterfully paid homage to the classic John Hughes film without once mentioning character names — but even without the Yello song “Oh Yeah” supplying the soundtrack, movie fans would know exactly what was being referenced immediately.

What’s missing? Bueller’s gorgeous girlfriend Sloane and best buddy Cameron, played in the movie by Mia Sara and Alan Ruck respectively, as well as Cameron’s father’s 1961 Ferrari, which has been replaced by the Honda CR-V.

Honda has hidden over two dozen references to the original Ferris Bueller movie in the commercial. Can you find them all?