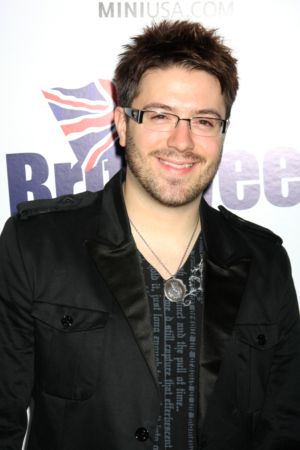 Gokey, 31, wed model Leyicet Peralta, 25, in a ceremony in sunny Florida on Sunday.

“We are so thankful to have found each other and now be able to spend the rest of our lives together,” the newlyweds said in a statement. “We pray our gratitude grows more every day because there is so much for us to do now.”

Gokey, the bespectacled crooner who almost sang his way to victory during Idol’s eighth season, popped the question to Peralta last month.

Gokey and Peralta announced their engagement in a statement on Sophia’s Heart, the charity website he launched in memory of his late wife, Sophia.

Fans were enchanted by the Milwaukee native’s touching story.

“When people look at me they find hope,” Gokey said in February 2009.

“Dreams put a new passion in your life to live again. I want to get that message out to people — that they can live again no matter how bad the tragedy. You can dream again and you can see those dreams fulfilled and I think right now, it seems like it’s being lived out in me and I hope they see that.”

In lieu of wedding gifts, the future newlyweds have requested that fans make donations to their charity, Sophia’s Heart.