Kate Middleton knows her way around a proper topper. Participants in an online poll have declared Kate Middleton, wife of Britain’s Prince William, 2012’s Hat Person of the Year. 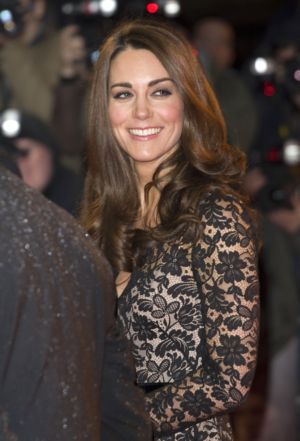 What do Justin Timberlake, Rachel Zoe and a British Duchess have in common?

The Royal has shot to the top of international best dressed lists and now the Duchess of Cambridge can add another title to her trophy cabinet, thanks to an annual online poll.

The Headwear Association (THA), founded Stateside in 1908, is giving a, well, hat-tip to Catherine “Kate” Middleton. The group has named the newlywed stylista their 2012 Hat Person of the Year.

The oldest fashion trade association in the industry awarded the 104-year-old honor to Kate after 91 percent of participants in a recent online poll voted in her favor. The Duchess is being championed by hat enthusiasts for “promoting hats and headwear awareness worldwide.”

Naturally, Kate’s been wearing a lot of hot millinery work since wedding Prince William at Westminster Abbey last April. The Duchess, who turned 30 earlier this month, dons a hat at every opportunity — whether she’s going to church, a friend’s wedding or off to spend a day at the races.

Executives with THA have included a ranking of some of their favorite Kate toppers. Hats featured in the ranking include the Rose Cory velvet cabernet headwear Kate wore during the Christmas holiday and the maple leaf design she donned during her visit to Canada last summer.

We’ve heard about Kate’s influence on the British economy. Recent reports claim she’s brought nearly $1 billion in revenue into the country over the past year.

“The Kate Effect” is seen even more in the fashion industry.

Milliners report a big boom in business thanks to Kate’s love of headwear. She’s raised the profile of designers like Rose Cory and Vivien Sheriff. Big names in the business — such as Philip Treacy and Sylvia Fletcher of Lock & Co. — have benefited, too.

“Kate has allowed American women to know what fascinators are and to feel more comfortable and confident about wearing hats in public,” says Jenny Pfanenstiel of Chicago’s Forme Millinery.

Kate is the third annual Hat Person of the Year recipient. The Duchess is in good company; she succeeds previous winners, Johnny Depp and Brad Pitt.

Now please excuse us while we raid our wardrobes for a hat to wear in Kate’s honor.