Christina Aguilera covered “At Last” during a memorial service for music legend Etta James over the weekend. But it was the pint-sized powerhouse’s attire — and a mysterious discharge on her person — that had tongues wagging. 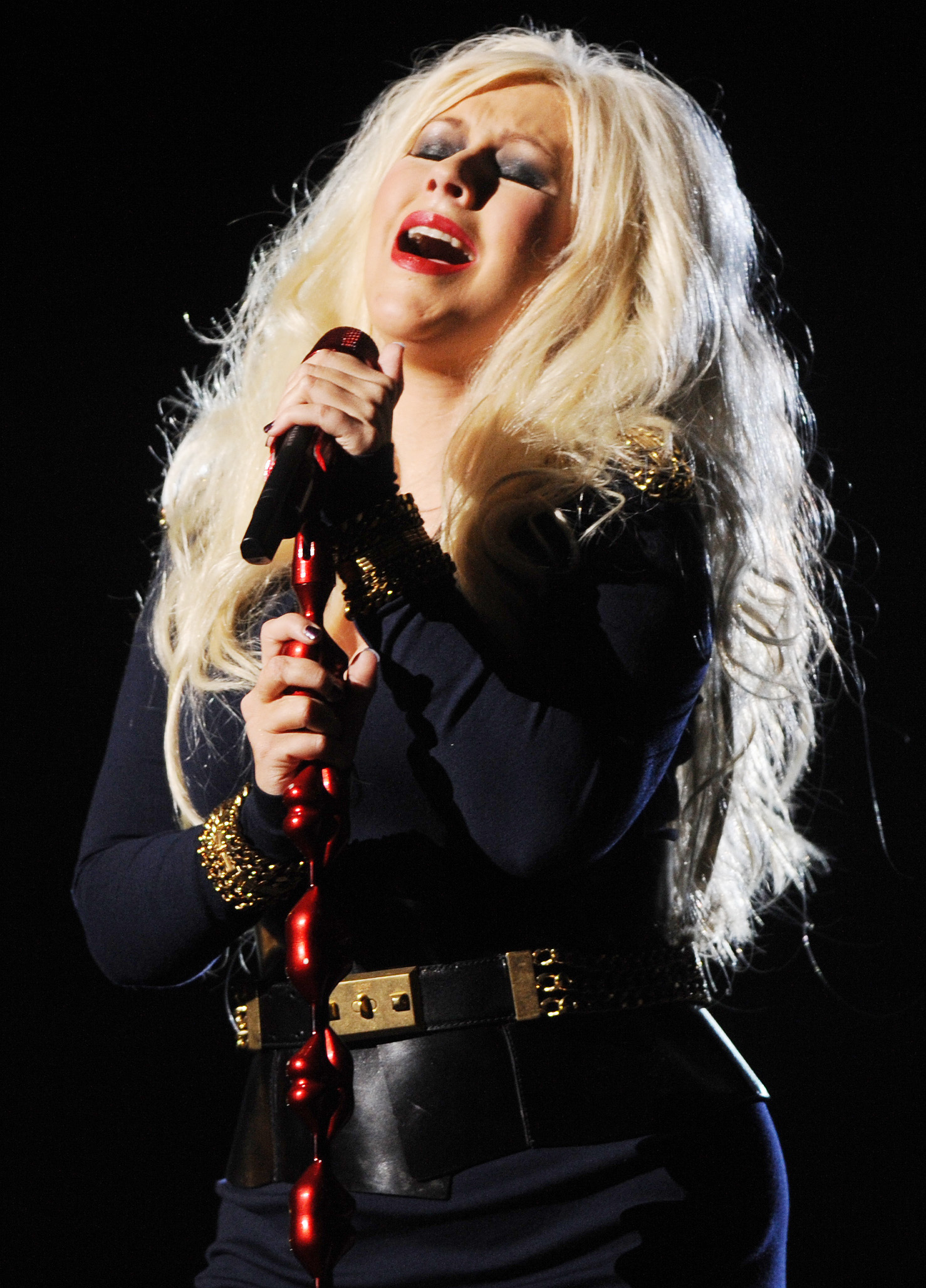 We were so distracted by Christina Aguilera‘s epic (and sorta inappropriate) cleavage as she performed at “At Last” during Etta James‘ weekend memorial service, we didn’t think to look down and notice the strange things going on a bit further south.

Xtina was photographed paying tribute to Etta with a mysterious brownish-red liquid running down her right leg.

Etta died Jan. 20, after a two year fight against leukemia. Aguilera joined the hundreds of James’ friends, fans and family who convened to remember the legendary rhythm and blues singer at her funeral service on Saturday.

Approximately 300 mourners gathered at Greater Bethany Community Church City of Refuge in Gardena, California for the service. The “Fighter” singer was the powerhouse songstress selected to deliver a rousing rendition of Etta’s most famous ballad.

She’s used to delivering such tributes: After all, Xtina performed James Brown’s “It’s a Man’s World” in a similar performance at the 2007 Grammy Awards.

But poor Ms. Aguilera must have been mortified after photos of her performance, complete with a mysterious stream of we-don’t-even-want-to-speculate-what running down her leg went viral on the web.

Of course, you can imagine what’s being suggested on less classy websites. (Hint, Nudge, Wink…)

But when The Voice coach stepped out from behind the microphone stand, her neckline revealed a different story. Christina seriously let it all out in the cleavage department with a jacket that was nearly down to her belly button.