Snoop Dogg is the latest to board the Kardashian haters train. The hip hop star just released a video slamming Kim for being a “cold-blooded ho” and other colorful terms. 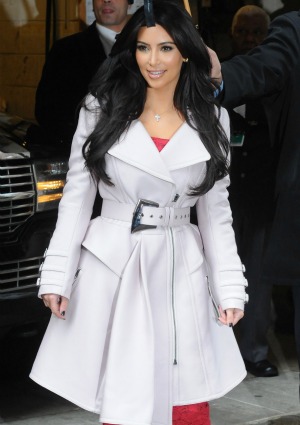 Safe to say that Snoop Dogg is on Team Humphries. The hip hop star just released a video totally trashing Kim Kardashian and the way she treated not only her short-term husband but every other man she’s ever dated.

“You shouldn’t have tried to wife the b***h, man,” Snoop said of Kris Humphries‘ big plans for the couple that have since been shattered. “She’s not that kind of a ho.”

The Kardashians “don’t give a d**n” about Americans >>

“She gets around man. You see, when Reggie [Bush, Kim’s former flame] took the b***h to Africa, she went for the Africans because they had bigger d**ks than his.”

“Ray-J is the only n***r that bounced back from the b***h, man,” Snoop said, referring to Kardashian’s infamous sex tape partner.

“She’s cold-blooded, I’m pretty sure she’ll have a book in a month talking about all the n***ers that she got and how she played them,” Snoop says. “So, my advice is you can’t make a ho a housewife. Don’t try to reinvent the wheel.”

So far there is no comment from Kardashian’s camp.

Did Kim Kardashian set up her own marriage proposal?