New rumors have surfaced about what caused Demi Moore’s hospitalization — and they involve a drug most often used by high school kids. What are “whip-its” and can they cause such a serious reaction? 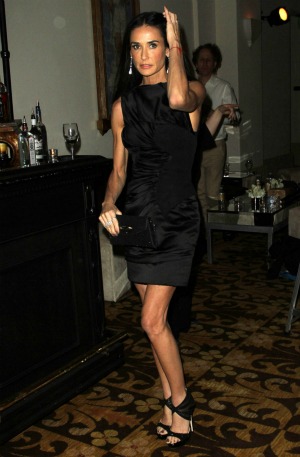 When Demi Moore was hospitalized for “exhaustion” earlier this week, the rumors immediately started flying about what the true cause was. The actress has appeared to be on a downward spiral since her six-year marriage to Ashton Kutcher began falling apart amidst reports of his repeated infidelities. Her weight has plummeted, leading many to have serious concerns about her health.

While Moore’s camp has yet to confirm or deny any of the rumors — that she suffered a seizure, that she has anorexia, that she is abusing drugs — a new rumor has surfaced that the actress was doing “whip-its” before the 911 call was made.

TMZ reports that one of Moore’s pals told paramedics the actress was huffing the drug, which is a concentrated canister of nitrous oxide most often used by high school and college kids recreationally, as well as smoking something “similar to incense.” While certain details like the names of drugs have been redacted for patient privacy, you can listen to the Demi Moore 911 call here.

Why would anyone take a drug normally reserved for dental patients? It can cause users to experience a euphoric, out-of-body state according to Dr. Harris Stratyner, regional vice president at Caron Drug & Alcohol Treatment Center in New York.

Moore was released from the hospital Thursday evening. Her reps have not returned our request for comment.