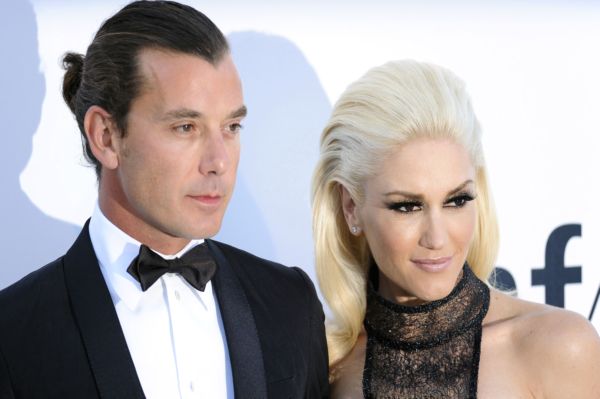 As much as we’re used to celebrity couples calling it quits, it seems ’tis the season to get a divorce in Tinseltown. There must be something in the water in California.

Gavin Rossdale had a fling with a man! >>

Russell Brand and Katy Perry announced they were calling it quits on their 14-month marriage just before the new year. The breakup vultures have been circulating around Johnny Depp and Vanessa Paradis’ 14-year relationship for weeks. Then came Heidi Klum and Seal — nothing but rumors until a statement was issued on the couple’s intention to separate earlier this week.

Are Gavin Rossdale and Gwen Stefani on the rocks, too?

After a decade of marriage, love in the City of Angels has gotten a bit much for the domesticated No Doubt star and the one-time Bush frontman, according to whispers heating up the blogosphere.

“Gwen and Gavin are headed for divorce,” an alleged insider told Star magazine this week.

Couples therapy just isn’t cutting it for Gwen and Gavin, tipsters report. Gavin’s love child, homosexual past and ill-fated romance with Courtney Love are all said to be factors in their marital breakdown.

The tabloid purports that Gavin’s “dark past and infidelities” are simply too much for Gwen to handle. Two years into their marriage, it was revealed that the rocker had a secret daughter — model Daisy Lowe, now 22 — with his ex-girlfriend, Pearl Lowe.

In 2008, there was that hoo-ha about a teenage Gavin having an unusual affair with a transgender singer named Marilyn. It was Culture Club’s Boy George who first revealed that Rossdale and Marilyn — born Peter Robinson — were once an item.

Both denied the claims at the time.

Marilyn later admitted being involved with Rossdale for five years, beginning when the rocker was only 17. Marilyn branded Rossdale the “love of her life” and admitted that she only kept quiet to avoid damaging the star’s career.

In 2009, Gavin finally spilled the tea on the gender-bending romance, seemingly chalking the relationship up to old-fashioned youthful transgressions.

“It’s not something I’ve talked about really because it’s always been in the glare of a tabloid world,” Gavin told Details magazine that November.

“It’s just one of those things: Move on. When you’re 17, Jesus Christ. I don’t think there’s anything strange about any form of — you’re learning about life. It’s a part of growing up. That’s it. No more, no less. That was it.”

Then there was the time Courtney Love claimed that she pounced on Gavin’s guy parts while he was married to Gwen. She later recanted those remarks, but copped to dating the musician before he hooked up with the infamous “Hollaback Girl.”

“Gwen often wonders what other secrets Gavin is hiding,” a source dished to Star this week. “It’s getting harder and harder for her to go through the motions with a man she sometimes feels like she doesn’t even know.”

Spywitnesses suggest, as is typically the case in celebrity relationships, that the one whose fame is on the wane (that would be Gavin) has ended up resenting his partner, who remains at the top of her game.

“When they got together, it was Gavin who had the big career,” the source told the mag. But now that the tables have turned and Gwen is more famous than Gavin, it’s “been a really hard journey for him.”

Gwen and Gavin married in 2002 after meeting in 1995 when their rock bands were on tour together. They are the parents of two sons, Kingston and Zuma.

Attempts to reach Gwen and Gavin’s publicist for comment have been unsuccessful.