Total sales for Etta James’ albums have jumped by 378 percent and impacted the Billboard charts in the week since her death, according to newly released figures. The “At Last” legend died of complications from leukemia near her home in Riverside, California last week. She was 73. 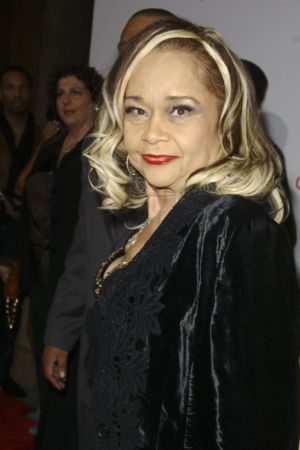 Soul legend Etta James will be laid to rest this weekend, just as her music reaches its highest ever position on the Billboard album charts.

Since James’ death on Jan. 20, celebrities and music fans alike have been paying their own tributes to the star. The result: A substantial leap in sales and trends for the late icon’s tunes.

Approximately 30,000 copies of James’ albums were sold between Jan. 20 and Jan. 25, compared with just over 6,000 copies the previous week. In total, sales of James’s albums have increased by 378 percent in the past week, according to Nielsen SoundScan.

James’ greatest hits collection, Her Best, is currently one of the best-selling albums in America. The compilation reached number 59 on the Billboard 200 this week.

The Best of Etta James rose from number 162 to number 46 on the chart — even though final figures were collected only two days after James’ death. Her signature track, “At Last,” was the best-selling James single last week, shifting 63,000 downloads.

The two-time Grammy winner’s previous Billboard peak came with her 1961 LP At Last, which debuted at number 68. More than 50 years later, At Last has re-entered the chart in the number 96 position.

The “At Last” crooner passed away one week ago after a lengthy battle against leukemia and dementia.

Members of the public will be able to pay their respects to the singer on Friday, when her body will lie in state in the Inglewood area of Los Angeles.

Reverend Al Sharpton will eulogize the late legend at a private funeral set for Saturday. The funeral will include performances by unnamed celebrities, reps for the famous reverend told the Associated Press this week.

20 hrs ago
by Jessica Castillo