Don’t ever say Conan O’Brien doesn’t know how to have a Super Fun Night, because he does, just ask CBS. He’s executive producing a new sitcom starring the super talented — and super fun — Rebel Wilson. 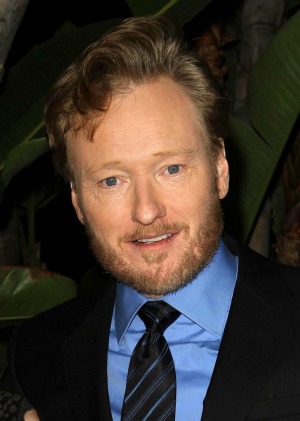 Conan O’Brien — executive producer of Super Fun Night. It has a nice ring to it, doesn’t it?

It should, it’s the late night host’s new project with CBS.

That’s a whole lot of letters we just spewed out.

According to The Wrap, the half-hour, multi-camera sitcom will be written by Bridesmaids actress Rebel Wilson, who will also star in and co-executive produce the pilot.

Melissa McCarthy, an Emmy-winning actress, just received an Oscar nomination for Bridesmaids, the movie that also joined Kristen Wiig and Maya Rudolph together on the big screen.

As for Super Fun Night, Conan O’Brien will share the executive producing duties with his TBS producer Jeff Ross and David Kissinger.

We want to hear your thoughts. Would you rather see Conan O’Brien in front of the camera (host) or behind the scenes (producing)?

Better yet, whom would you like to see play opposite Rebel Wilson? Head over to the comments section and cast her co-stars!

Will you have a Super Fun Night with Conan O’Brien?