It turns out no one gets through 30 years of letter-turning and vowel purchases without a bit of liquid courage. But Pat Sajak and Vanna White can explain that better… 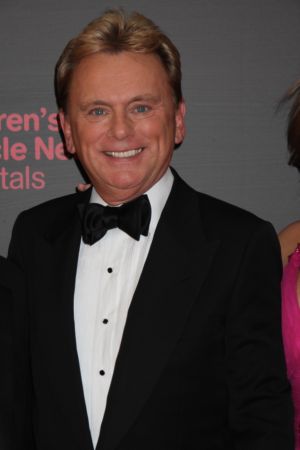 The next time you want to buy a vowel, you’d better hope Pat Sajak and Vanna White haven’t been downing shots of Patrón.

Sajak, who has hosted Wheel of Fortune for 30 minutes every weeknight since 1981, sat down for a chat on Dan Le Batard’s ESPN2 talk show Dan Le Batard is Highly Questionable this week. But the real gabbing began when Sajak, 65, divulged that he and longtime letter-turner Vanna White would occasionally down one too many margaritas before hitting the air back in the day.

“When I first started and was much younger and could tolerate those things,” Sajak explained with a chuckle. “We had a different show then.”

Pat points to the two-and-a-half hour dinner break afforded to Wheel staffers in the early days of the program. Sajak and White, 54, would drop into Los Arcos, a Mexican joint in Burbank, where they’d chow down on nachos and partake in pitchers of the good stuff.

It made for great conservation… and lots of blurred vision.

Wheel of Fortune contestant guesses correct phrase from one letter >>

“Vanna and I would… have two or three or six and then come and do the last shows and have trouble recognizing the alphabet,” the host told Dan. “They’re really great tapes to get a hold of. I had a great time. I have no idea if the shows were any good, but no one said anything, so I guess I did OK.”

But margarita pre-gaming is now a thing of the past.

“I would hesitate to have anything to drink now,” Sajak said.

We suppose the possibility of becoming the next unemployed laughing stock of the Interwebs kinda takes the fun out of things.