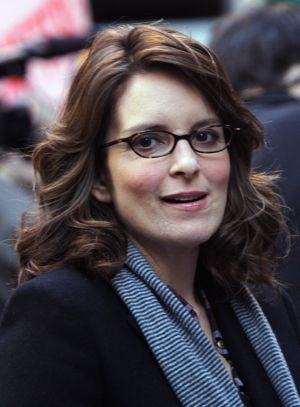 NBC has elbowed its way into the “S**t [Everyone] Says” trend.

Even if it is about three weeks overdue.

Suits at the Peacock are summoning chuckles all over the blogosphere after unleashing the new viral video “S**t Liz Lemon Says.”

And yes, “I want to go to there” is included!

We can thank Justin Halpern and his “S**t My Dad Says” for the “S**t They Say” phenomenon. The online craze has gained momentum since the emergence of the late 2011 YouTube video series “S**t Girls Say.”

Now the joke has collided with Tina Fey and the world of 30 Rock.

“S**t Liz Lemon Says” is a montage of Fey’s funniest one-liners as Liz Lemon on the Emmy-winning comedy. Slogans featured in the clip include “Shut it down,” “blergh” and a few food phrases.

So far this season, art has mirrored life with an ongoing subplot about Tracy Jordan (Tracy Morgan) getting into trouble for making homophobic comments.

In the 30 Rock version, titled “Idiots Are People,” the gay community boycotts the network and a contrite Jordan gets in touch with Glad to apologize.

Too bad someone forgot to tell old Tracy that Glad, the trash bag company, and GLAAD, the Gay & Lesbian Alliance Against Defamation, are two separate entities.

Anyone else smell a “S**t Tracy Jordan Says” video coming on?