Film actor Armie Hammer spent a day in a Texas jail after police caught him with three medicinal marijuana cookies and a brownie in a town near the Mexican border. 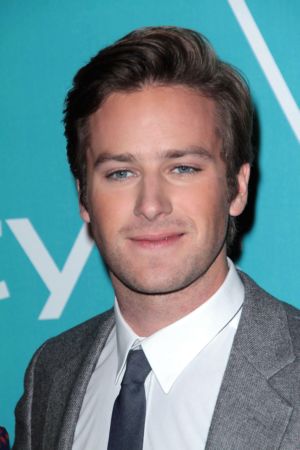 Armie Hammer spent the night in jail after law enforcement officials in the Lonestar Star State caught him with three medicinal marijuana cookies and a brownie.

The 25-year-old actor popped up on the Hollywood radar playing the Winklevoss twins in the 2010 Facebook drama, The Social Network. But Armie attracted limelight of a different kind when he was busted for marijuana possession in Sierra Blanca, Texas on Nov. 30.

Police say they found the screen star in possession of three cookies and one brownie containing medicinal marijuana at a border patrol checkpoint. How ironic for Hammer, who played lawman Clyde Tolson in Clint Eastwood’s J. Edgar.

News of the arrest hit the Interwebs on Wednesday.

Newly unearthed arrest records show the star had 0.02 ounces of marijuana, three medicinal marijuana cookies and one brownie when he was picked up a few miles from the Mexican border late last year. The actor was released from jail after posting $1,000 bail the day after the bust.

The El Paso District Attorney’s Office declined to prosecute the case because a felony charge requires more than four ounces of actual marijuana. The County Attorney could pursue lesser charges. But according to Hammer’s attorney, Kent Schaffer, no charges have been presented to date.

Weed-lovin’ musicians Willie Nelson and Snoop Dogg were both arrested on marijuana possession charges in Sierra Blanca in the past year. With that kind of record, you’d think the town would have developed a “Do Not Enter” reputation among pot puffers.

Hammer is currently saddling up to play the title role, alongside Johnny Depp, in The Lone Ranger. The actor will next appear in Mirror Mirror, a comedy based on the fairy tale Snow White and the Seven Dwarfs.