Kiefer Sutherland returned to TV for a special preview of Fox’s Touch, proving how much we really, really miss this guy on the small screen.

There’s good and bad news to report after watching Touch‘s pilot Wednesday night. The good news is that Kiefer Sutherland‘s portrayal of Martin Bohm came with a beautiful sense of urgency that we love coming from the former 24 star.

The bad news is, now that we want to become invested in Touch, we have to wait until March 19 for it to officially begin airing — bummer, right?

Kiefer Sutherland stars as widower Martin Bohm, a luggage handler raising his mute son Jake who has a unique obsession with numbers and can predict future events.

While there are obvious differences between Touch‘s Martin Bohm and 24‘s Jack Bauer, you can’t help but be reminded of Sutherland’s Bauer days due to the intenseness of Bohm. 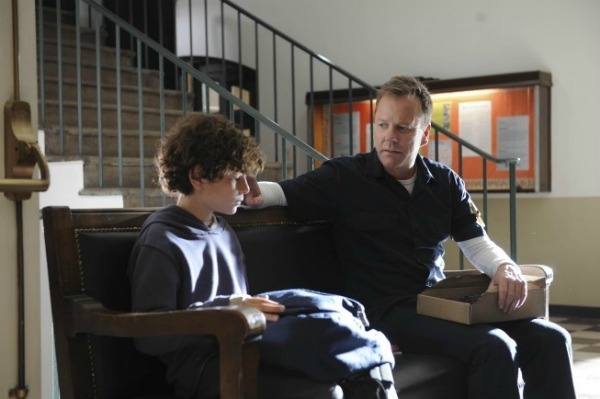 Martin Bohm is at a place of desperation in the pilot.

The former reporter (now luggage handler) is doing his best to make ends meet and take care of Jake, who has taken to odd behaviors like perching himself on top of an electrical tower and collecting cell phones, making them simultaneously ring with certain numbers.

As Martin makes strides in connecting with Jake, and dealing with his wife’s death in 9/11, he becomes convinced his son is trying to communicate with him — more specifically, communicate clues that predict events.

It’s up to Martin to fill in the blanks, ultimately connecting the lives of strangers. 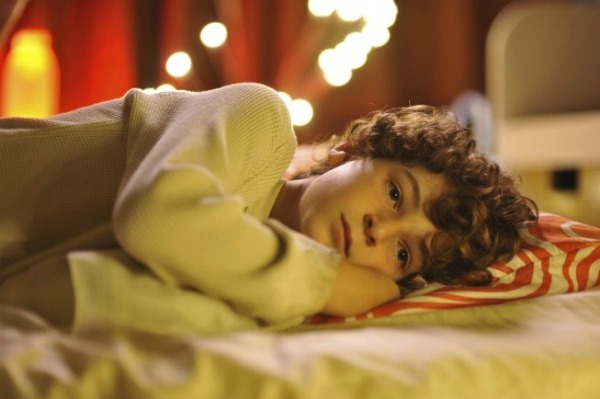 To get the ball rolling in the pilot, it was up to Martin to figure out the clues that would eventually connect people on an international level: A British businessman who is never home, an Irish wannabe singer, a Japanese prostitute and a Middle Eastern boy (he needed an oven for his family).

There was also a hostile, lottery obsessed man whose part in the sequence will astonish you (no spoilers, you have to see for yourself). How all these lives intertwine was so gorgeously done, you can’t help but fall in love with the cause and effect of it all.

You’ll also have a moment, once you’ve gone through a box of Kleenex and you’re bawling like a baby over Martin and Jake’s relationship, where you’ll realize Touch is telling the story of something bigger in the universe.

Yes, there are a few moments that could be considered unfathomable, but by that point, you’re already sucked in, so who cares?

The point is, we’ve all wondered how random events/decisions affect the world on a global level and Touch plays those scenarios out for us — insanely well.

There couldn’t have been a better time to bring Kiefer Sutherland back to TV. His portrayal of humanity, urgency and a father’s love make this one to watch.

If only we didn’t have to wait until March to keep the magic alive.

Sound off! What did you think of Touch?