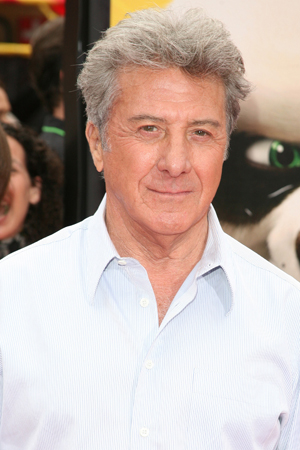 Premium movie channels like HBO are killing it with their original programming: Shows like True Blood, Boardwalk Empire and Game of Thrones are consistent award winners.

The network hopes to add to that roster of success with Luck.

According to the network, Luck is “a provocative behind-the-track look at the world of horse racing and gambling’s denizens — the owners, jockeys and gamblers — starring two-time Academy-Award winning actor, Dustin Hoffman.”

HBO is trying something a little different to promote the show — the network is introducing an online Facebook game that gives fans the opportunity to win big. With the app, users can win $50,000 by picking the winning horses in six real thoroughbred horse races.

“The six races — known collectively as The HBO Luck Pick Six — will be run at Santa Anita Park (Los Angeles) and Gulfstream Park (Miami) on Saturday, Jan. 28,” HBO told SheKnows in a statement. “Post time for the first race of The HBO Luck Pick Six is tentatively scheduled for 4pm (EST).”

As for the series, Hoffman said he’s happy to have the challenge.

“There’s no reason for me to butter up HBO. The contract is done already, it’s too late to fire me,” Hoffman told reporters on Jan. 13. “I have not had this experience before. … It’s very hard to do your best work. You want a shot at it, and you cannot get a shot to do your best work in the studio system. You can’t.”

The actual work on set was a pleasant surprise for the film actor.

“I was expecting 20 pages a day. I was expecting an atmosphere that was like making movies on cocaine, or speed, and it was the opposite,” Hoffman said. “We did the best we could with as much time as we had and came back the next day. Michael hired all film directors — not to disparage TV directors, but to me there was no difference [from] making a movie, except he did it digitally and there were three cameras, which actors love because you don’t have to repeat and do coverage. But we were given a shot to do our best work, and I’m very thankful for that.”