Brad Pitt is teasing us once again with the thought that he and Angelina Jolie might finally make their union legal. Will it really happen this time? 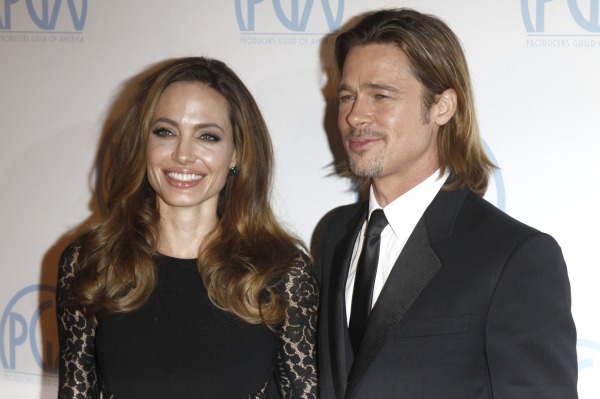 Brad Pitt is talking about marriage again. The 2012 Oscar nominee says that he and Angelina Jolie would actually like to get married because it’s important to their six children — but stopped short of saying exactly when it will happen.

Pitt talked about the media’s favorite subject with The Hollywood Reporter, who asked if the couple will ever wed.

“We’d actually like to,” Pitt said. “And it seems to mean more and more to our kids. We made this declaration some time ago that we weren’t going to do it till everyone can. But I don’t think we’ll be able to hold out. It means so much to my kids, and they ask a lot. And it means something to me, too, to make that kind of commitment.”

Pitt was referring to his statement that he and Jolie wouldn’t wed until same sex marriage is legal throughout the U.S. Does that statement no longer hold true? Has he actually popped the question to his longtime love?

The Moneyball actor refused to give much more detail.

The couple shares six kids, and Pitt said it is entirely possible they may adopt more. “We haven’t closed the book on it. There’s a really nice balance in the house right now, but if we see the need and get that lightning bolt that says, ‘We can help this person; we could do something here,’ then absolutely.”

We may not have that long to wait — rumor is Jolie is pregnant with baby number seven already.

Read the complete interview with Brad Pitt on HollywoodReporter.com.