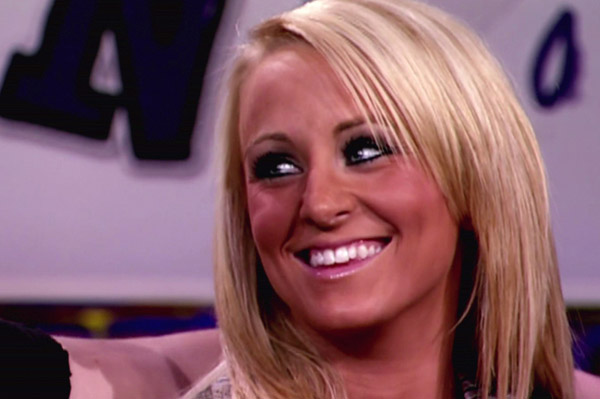 It looks like Teen Mom 2‘s Leah Messer won’t be the mother of another infant — at least not yet. The 19-year-old mother of Aliannah and Aleeah recently suffered a miscarriage, according to fiancé Jeremy Calvert.

“It’s a devastating experience, but all I can do is support Leah and take things day by day,” Calvert told OK! Magazine. “It’s hard, but we will get through it.”

A source told the magazine that she started having pains a few weeks ago.

“She was having bad cramps for the past two weeks, and then she miscarried,” the source told the weekly magazine.

“She knew something was wrong when the cramps got worse consistently,” the source added. “She was having extreme pain to the point where she couldn’t get out of bed.”

The young mom is understandably upset about losing her pregnancy — she was rumored to be carrying twins. She later blasted the rumors.

“Thank you @intouchweekly for telling me I am having twins again, love bad reporting and fake stories, it does sound like a Soap Show!” she tweeted in mid-January. However, she didn’t deny she was pregnant.

“She’s been really upset. There have been times during the day when she will just break down and cry.”

Calvert, a pipeline engineer, has been supportive, according to the source. “Of course, he realizes it’s a situation that no one can control. It’s devastating.”

The young mom has had her share of heartache over the past couple of years — daughter Aliannah was born with numerous health problems that required extensive medical care. The hit MTV reality show followed Messer as she tried to get answers about her daughter’s developmental disabilities.

“I was relieved. The worst thing I could’ve heard would be that there’s something wrong with Aliannah’s brain,” she told RealityTea in December. “It was pretty hard and emotional as a mom to know that something could be wrong with my child.”

Maybe Ali’s medical expenses are the reason she’s hoping to get her own reality show spin-off?

“She thinks the babies will help her get her own spin-off show,” In Touch quoted a friend as saying. “And that means a much bigger salary!”