Kiefer Sutherland returns to TV Wednesday, Jan. 25 for a special preview of Fox’s new drama Touch — will you be watching? 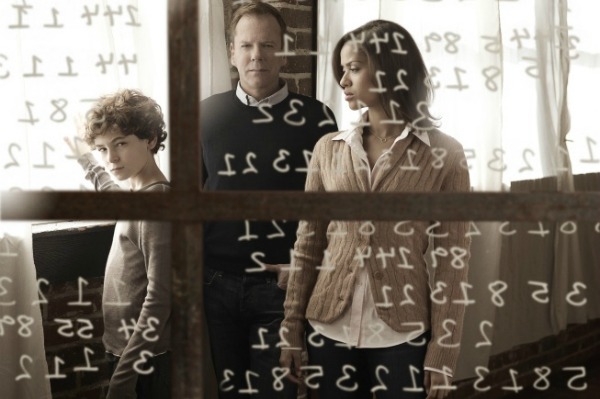 Diehard fans of Sutherland’s famous character, Jack Bauer (24), may have trouble seeing him as anything but the man who raced against time, but they may want to give it shot.

See, when fans check out Kiefer Sutherland’s new role on Fox’s Touch, they might be surprised to see his character is not all that different from Jack Bauer.

Kiefer Sutherland explained to TV Guide during a recent conference call to reporters, “Jack Bauer would be faced with unbelievable circumstances in the course of a day and he would never win completely.”

Kiefer Sutherland was also quick to add that there will be no lack of excitement on Touch. “There is a great deal of suspense within the context of the show, not knowing what the numbers are,” he said.

He went on to say, “Even though we’re not blowing things up, I think that there is enough excitement around the drama of the show that people who enjoyed 24 won’t be thrown by it.”

While character similarities might be there, Touch is something all its own. Sutherland said, “When I take a look at what I think Tim Kring is doing with the show, I certainly haven’t been a part of anything more creative.”

Touch will officially begin its series run on March 19, but you’ll definitely want to check out the special preview tonight (Jan. 25).

We want to hear from you. Will you check out the special preview of Touch?