What made Glenn Close such a tremendous performer? The Albert Nobbs actress — nominated for a 2012 Academy Award — says her unconventional childhood gives her a special edge. 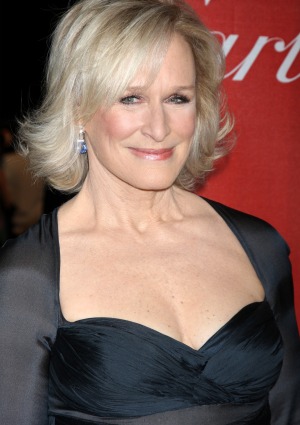 Today she is reveling in her Best Actress Oscar nomination, but there was a time when life was much less rosy for Glenn Close. Her childhood was spent in a cult — but she says it has made her the stellar actress she is today.

Close revealed to New York Magazine that her family joined the Moral Re-Armament group when she was seven years old, and that she even toured with their musical group Up With People until she was 22.

“It was a cult, where everyone was told to think alike, and that’s devastating,” she told the magazine, explaining that her family was “sort of pulled apart.”

The aftermath was integral to forming her as an artist. “I decided that I would not trust even my instincts. Because I didn’t know what they were. Every­thing had been dictated,” she said.

“It also gives you a huge sense of looking from the outside in, and I think that in many ways that has been very good as an actor, because you are somebody who is asked to go into a ­character… I always felt that I was held together with Scotch tape and paper clips, and as an actor that’s good.”

In this case very good. Close has been nominated for six Oscars in her career, and while she has yet to win the coveted statue she has high hopes that this year it will all come full circle — she first performed in the stage version of Albert Nobbs in 1982.

“I had only done one movie when I did the original Albert Nobbs on stage,” Close told CBSNews.com in December. “So I had everything to learn. And I think it all came into play when I came back to this role all these years later.”