First Cynthia Nixon was straight, now she’s gay. Does that make her bisexual? The actress speaks about her shockingly strong dislike of the term. 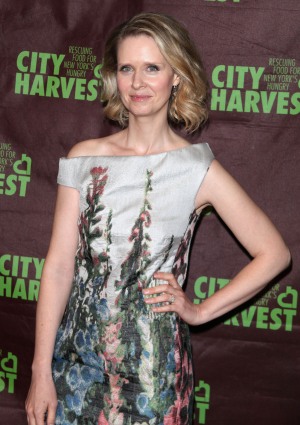 Cynthia Nixon surprised both fans and the gay community recently by insisting that for her, being gay is a choice. Does her openness to love either a man or woman mean she’s bisexual? Careful — that’s a touchy subject!

“It’s so not fudging,” Cynthia Nixon insisted in reply. “It’s so not. I think for gay people who feel 100 percent gay, it doesn’t make any sense. And for straight people who feel 100 percent straight, it doesn’t make any sense: I don’t pull out the ‘bisexual’ word because nobody likes the bisexuals. Everybody likes to dump on the bisexuals.”

Sessums commented, “But it is the “B” in LGBT.” (An acronym that stands for lesbian, gay, bisexual, transgender).

“I know,” replied Cynthia Nixon. “But we get no respect.”

Noting the choice of term Nixon used Sessums returned, “You just said ‘we,’ so you must self-identify as one.”

Elaborating a bit more Nixon commented, “I just don’t like to pull out that word. But I do completely feel that when I was in relationships with men, I was in love and in lust with those men. And then I met Christine and I fell in love and lust with her. I am completely the same person and I was not walking around in some kind of fog. I just responded to the people in front of me the way I truly felt.”