Khloe Kardashian is set to bestow her wisdom on Dallas with her new radio show on Mix 102.9. 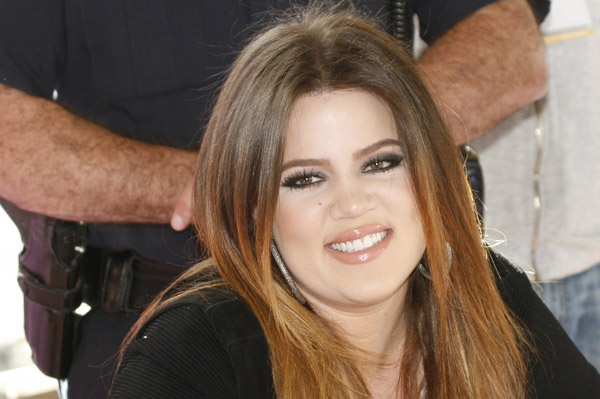 Radio listeners in the Dallas/Fort Worth area are getting a new DJ on their airwaves: Khloe Kardashian! The wife of new Dallas Mavericks player Lamar Odom has signed on to host her own radio show on the channel.

“Hi dolls! I have some very exciting news for you. I’m returning to radio!!!!!! I’ll be joining the team at Mix 102.9 every day from 12-1pm CST for my very own show, The Mix Up with Khloe, and I could not be more thrilled about it!” she wrote Tuesday afternoon on her blog.

Fans of Kourtney and Khloe Take Miami might remember her Khloe After Dark show on Miami radio station Y100. She also does guest gigs on 104.3 MYfm in Los Angeles.

“My first show will be this Monday, Jan. 30, and I am beyond excited! To my fans outside of Dallas, you can listen live on www.mix1029.com. WOOOOOOHOOOOOOOOOOO!”

The operations director of Mix 102.9 said that the 27-year-old reality star is “the perfect mix of personality and sincerity.” Station program director Jay Michaels added that they’re in “a new era where our on-air talent is also an international star.”

That’s not the only offer Kardashian has from a radio station.

“Robert did question the fact that Khloe was his. Any normal man would if they knew their wife had cheated on him,” one of his widows, Ellen Kardashian, told Star. One potential candidate for her father: O.J. Simpson.

Kardashian hasn’t responded to the offer, but she has blasted the rumors.

“The audacity you have to mention my father’s name like this! Should be ashamed of urself!” she angrily wrote on Twitter. “I let a lot of things slide but this one is really low… YOU ARE DISGUSTING! (yes you know who YOU are)”