According to NBC’s Smash, stars aren’t born, they’re made. The series follows two Broadway hopefuls as they sing and dance their way to stardom. With a cast led by the talented Anjelica Huston and Debra Messing, NBC might have another hit on their hands. 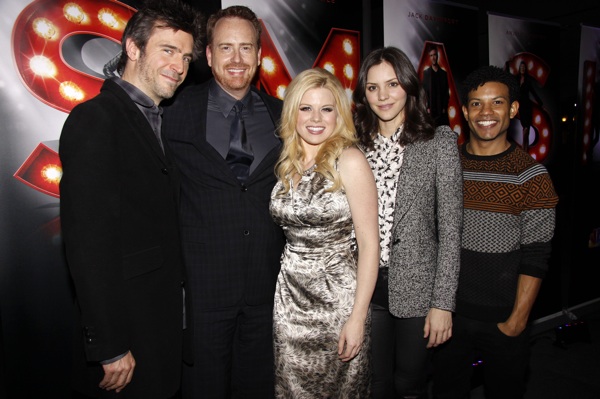 Welcome to the wonderful world of Broadway. NBC’s new drama Smash will take everything you love about musicals and bring it to the small screen. The show stars Oscar-winner Anjelica Huston, Emmy-winner Debra Messing and American Idol alum Katharine McPhee.

Ever since the network announced Smash, critics have been comparing it to Fox’s Glee. They both feature singing and dancing, but that’s where the similarities end. Smash takes us backstage into the offices of Broadway producers. It follows the inception and execution of a new musical that’s based on the life of Marilyn Monroe.

McPhee and fellow newcomer Megan Hilty star as two talented performers vying for the show’s lead role. The producers have to pick between the veteran, Ivy Lynn (Hilty) or the novice, Karen Cartwright (McPhee). They each bring something unique to the table, but who will they choose?

Smash is one of the many TV shows produced by the legendary Steven Spielberg. His name is usually synonymous with science-fiction and sweeping epics, but he’s also a fan of the stage. He’s always been interested in what it takes to put on a show. Therefore, when Smash came around, he had to get involved.

Are you ready to meet the cast and crew?

Hear what Anjelica Huston, Katharine McPhee, Megan Hilty and Spielberg himself have to say about their latest project.