There is no love lost between Joan Rivers and Chelsea Handler. Read on for all the messy mudslinging and see how catty the two can get! 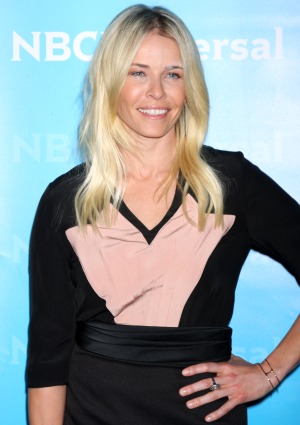 Chelsea Handler and Joan Rivers are bitter enemies, and with their sharp tongues you can imagine how harsh the insults can get. When each of them appeared on Howard Stern’s SiriusXM show on separate days, the gloves came off.

“Joan Rivers? What the f**k do I care about Joan Rivers? I don’t think about her ever,” Handler told Stern.

Joan Rivers is one tough mother >>

Explaining the start of the pair’s feud, Handler told a story of Rivers giving her a hard time at a network event.

“Joan Rivers gets up and she’s like, ‘I’d like to thank Chelsea Handler for giving me a career in comedy (mock laughing), and congratulations on your stage, Chelsea, because I don’t even have a dressing room,'” Handler said. “And I’m like, ‘F**k off!'”

Comedy legend Rivers is definitely not one to take such a slam lying down, and on her visit with Stern the next day she took the opportunity to call Handler a drunk whore.

“Number one, the girl made it on her back f**king the president, we all know that, of the network,” Rivers said of Handler’s previous relationship with E! head honcho Ted Harbert. “Number two, she’s fine, she’s ordinary. She’s not a genius.”

“She’s an ordinary girl that was f**king somebody high up in the industry and they gave her a break and she’s doing okay.”

“I don’t think she’s particularly funny. But don’t you come after me, you wh*re!”