Bethenny Frankel will continue her television stardom with a new daytime talk show starting this summer. 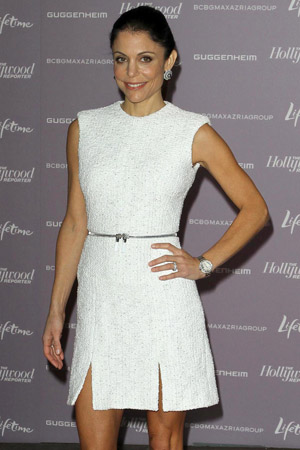 Just when we thought Bethenny Frankel’s future as a talk show host was over, comes confirmation that her daytime show will go ahead this summer.

“I have exciting news for you guys! The queen of too much information is coming to DAYTIME!” Frankel posted on her official website. “It is going to be an exciting journey and I can’t wait for you to join me. Thanks for being so loyal and supportive, without you, this wouldn’t be happening.”

“See you all this summer on Fox!”

The Skinnygirl Margarita purveyor was in talks with Telepictures, according to the New York Post. However, sources said the production company found her “too abrasive.”

However, Warner Bros. Domestic Television saw the potential in Frankel and decided to give her a talk show test run.

“A year ago, we determined there was a need in the marketplace for a show that provided daytime women the opportunity to hang out with someone who understood their needs, desires and aspirations… a girlfriend,” said Ken Werner, president of Warner Bros. Domestic Television, in a statement.

“The research is clear that Bethenny is that person. Fox shared our vision and we have partnered with them to demonstrate to the rest of the country how compelling such a show can be.”

We won’t have to wait until summer to see the reality star on television — her Bravo reality show, Bethenny Ever After, comes back for its third season in February.

Promos from the new season shows definite trouble in paradise for Frankel and husband Jason Hoppy — she even calls him “gay” in one of the clips.

That’s an understatement, one source told the magazine.

“She’s all about money and business and doesn’t give a crap about Jason.”