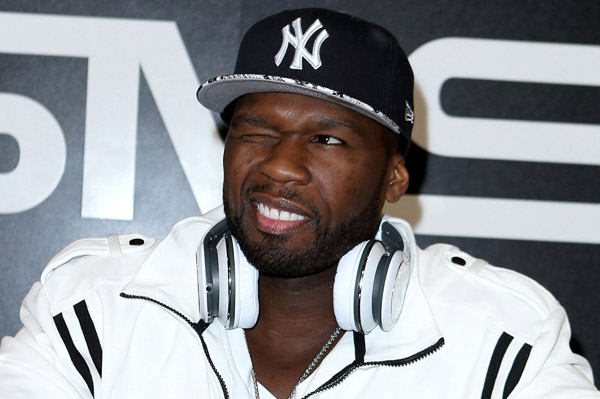 You know that old saying “the rich only get richer?” Well it’s true — especially when it comes to mega-millionaire rapper 50 Cent.

The “In Da Club” rapper tweeted about a high dollar bet he made on the New York Giants and San Francisco 49ers game on Sunday night.

“Just watched a 500,000 dollar football game,” he tweeted, along with a photo of more cash than we’ve ever seen, let alone touched. “Sometimes I hear voices in my head they tell me thing. Like bet on GIANTS so I listen.”

“Street king baby I’m a king I do this. I’m giving this money to my nana she gonna faint LMAO all she do is go to the church :o),” he tweeted after the Giants won, referring to his beloved grandmother.

Oh, we think she’ll be thrilled.

However, he has another bet that might make him lose his shorts — literally — if the Giants lose the Super Bowl.

“Lets bet. If the Giants lose the Superbowl, u must post ur d**k on the twitter. If they win, I’ll post my boobs & face on here. Bet?” a Twitter follower wrote to the Street King creator.

50 is known for agreeing to do various pornographic things with his Twitter followers. Whether he actually makes good on his 140-character agreements is another thing.

However, we’re pretty sure the follower is going to make him carry out his part of the bet.

“Ok,” he responded to the challenge.