The Oscars have done it again. Tuesday morning, the 2012 Academy Award nominations were announced and filled with blatant omissions. Ryan Gosling? Nowhere to be found. Michael Fassbender? Missing in action. Steven Spielberg? Never heard of him. Here are some of the year’s biggest, and most jaw-dropping snubs. 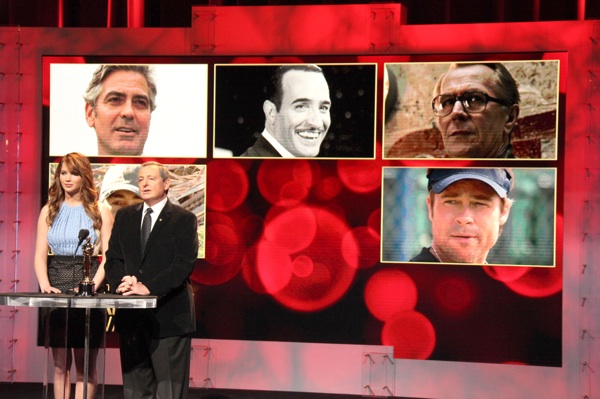 Michael Fassbender bared his soul (and body) in Steve McQueen’s Shame, and has nothing to show for it. Yes, he has a Golden Globe nomination, but it pales in comparison to an Oscar. Fassbender was one of the frontrunners to earn a spot in the Best Actor category, but was edged out by two dark horses — Demian Bichir and Gary Oldman. It’s not a question of Fassbender’s talent, but a matter of timing. Apparently, the Academy needed to give Oldman some overdue props.

Ryan Gosling for Anything

What happened to the year of Ryan Gosling? Over the past 12 months, the actor appeared in three stellar films, with notable performances in each. Drive, The Ides of March and Crazy, Stupid, Love showcased Gosling’s range and proved that he’s an actor who lives up to the hype. Unfortunately,  during the voting process he got lost in the shuffle and walked away with nothing. With a plethora of performances to choose from, how does that happen?

Has the world gone mad? War Horse and The Girl with the Dragon Tattoo both had their fair share of problems, but you can’t deny their amazing direction. Spielberg and Fincher’s executions were flawless. Oddly enough, War Horse earned a Best Picture nod, but couldn’t crack the Best Director category for Spielberg. Doesn’t that seem strange? These exclusions feel unfair and slightly criminal.

The Adventures of Tintin for Best Animated Feature

This year’s Animated Feature category had us scratching our heads. The Adventures of Tintin, which Steven Spielberg directed, was completely shut out. The Academy nominated Kung Fu Panda 2, Puss in Boots, Rango and the lesser-known A Cat in Paris and Chico & Rita. Nothing against the latter two, but Tintin was a cinematic accomplishment for multiple reasons. Its special effects, voice cast and direction were top notch, plus it had a great story. What’s not to love?

Will Reiser and 50/50 for Best Original Screenplay

We were more than excited to see Bridesmaids‘ nomination for Best Original Screenplay but saddened by 50/50‘s absence. Will Reiser’s retelling of his personal battle with cancer was inspiring and unique. He did the unthinkable by taking a painful experience and turning it into a comedy. His story was original in every sense of the word. Its omission is a huge oversight.