Organizers of the Golden Raspberry Awards — honoring the year’s worst in film — have changed the schedule for their annual nominations and prize-giving ceremony.

Related story Razzies 2015: Find out the worst films of the year 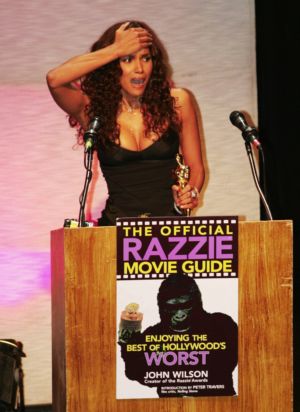 The Hollywood awards season will now extend through April Fools’ Day, thanks to some big changes headed to the Golden Raspberry Awards.

For the first time in more than 30 years, “winners” for the year’s worst in Hollywood will no longer be announced one day ahead of the Academy Awards. Organizers of the Raspberries, or Razzies as the awards are more commonly known, have changed the schedule for their nominations and prize-giving ceremony.

The spoof of the Oscars picks the year’s worst films.

The Razzies typically announced contenders the night before the Oscar nominations. And the Razzie winners were traditionally handed out the Saturday before the Academy Awards were to be presented.

But John Wilson, founder of the dubious honor, says this year’s nominations will be released Feb. 25, the day before the Oscars are awarded. Winners of the Razzies will be announced on April 1, to coincide with April Fools’ Day.

“When they got a look at the 2012 calendar, John Wilson and Mo Murphy, co-owners of the Razzies, saw a unique opportunity to do something they’ve wanted to do since their awards were created in 1980: emphasize the Razzies’ comedic intent by unveiling the ‘winners’ of Tinseltown’s tackiest trophy on April Fools’ Day,” organizers explained in a news release issued Sunday.

Wilson hopes the schedule change will give the 600 Razzies voters “additional time to see the dreck they will eventually nominate.”

Organizers have suggested Adam Sandler could lead the nominations this year. Sandler earned a top spot on critics’ hit list for his roles in the ill-fated 2011 comedies Just Go With It, Bucky Larson and Jack and Jill.