Seal is opening up about his split from Heidi Klum — and from what he says it sounds anything but ugly. See what he told Ellen Degeneres in a chat airing on her show Tuesday. 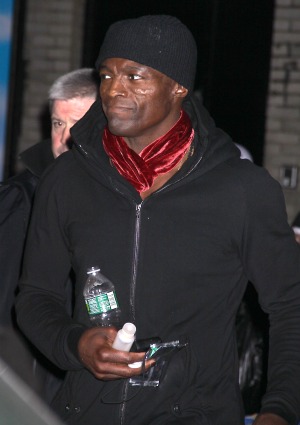 We’re not the only ones shocked by the news that Heidi Klum and Seal are splitting up. Turns out the couple is just as surprised as the rest of us.

Despite the couple’s sad news, Seal kept his promise to film an appearance on The Ellen Degeneres Show Monday and he took the opportunity to shed a little light on the breakup — and he could not have been more complimentary to his soon-to-be ex.

“I think we were shocked. You go into these things with the greatest intentions when you say ‘I do’ and you say ’till death do us part.’ Those vows hold value. They are not just words,” Seal told Degeneres.

“You try and you work through it. And the thing that you quickly realize when you are married, and you become a parent, is that you do the best that you can. It makes you actually appreciate your parents a lot more. The thing that I’m most proud about, about this great woman who I married — and I really do mean that from the bottom of my heart… is that together she has given me four incredible gifts, four beautiful children. She’s still, in my opinion, the most wonderful woman in the world.”

No, not Heidi and Seal! 5 Other surprising celebrity splits >>

“I think our priority was to remain civil and do this thing with dignity. We still very much love each other,” he said.

“To say that neither of us were grieving would be an out and out lie, and I don’t mind telling you that. I think the operative here is that we are civil to each other and we both have a tremendous amount of respect and love and we will try and do this with as much dignity as we possibly can.”

Interestingly, the singer is still wearing his wedding ring — a detail that did not go unnoticed by Ellen.

“Yes, I am still wearing my ring. I think it’s just pretty much a token of how I feel about this woman,” Seal explained. “We have eight years. Eight wonderful years together. And just because we have decided to separate doesn’t necessarily mean that you take off your ring and you’re no longer connected to that person. We will be connected in many ways ’til the rest of our lives… through our children and also through this tremendous admiration and respect and love that we have for each other.”

“Will we wear the ring for the rest of our lives? Who knows? But right now it feels really comfortable on my hand so I have no intentions of taking it off anytime soon.” he said.

Watch Seal explain his split from Heidi Klum on Ellen:

See the entire interview with Seal on The Ellen Degeneres Show Tuesday, Jan. 24.