Lea Michele knows a thing or two about surviving the rigorous schedule and demands of shooting Glee. So much so, she’ll be mentoring a crop of new contestants in the season two premiere of The Glee Project. 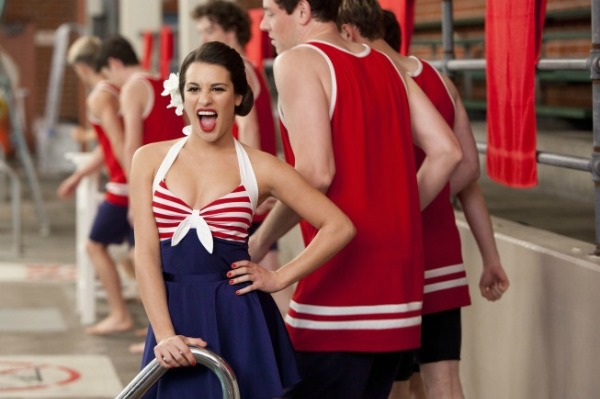 Lea Michele was notably absent during Damian McGinty and Samuel Larson’s winning season of The Glee Project, but it’s all good, she’s more than making up for it.

The star, who is confirmed to be returning for the fourth season of Glee, will serve as a guest mentor during the season two premiere.

Michele couldn’t help but dish the deets on her Twitter account over the weekend, but Oxygen was kind enough to confirm the news as well.

During season one of The Glee Project, Glee stars Darren Criss, Harry Shum Jr., Mark Salling, Jenna Ushkowitz and Kevin McHale were all part of the mentoring process, which gave the contestants a chance to work with the pros on their singing, dancing and acting.

Lea Michele recently gabbed about her excitement for the fourth season of Glee, which is expected to be “revolutionary,” according to Ryan Murphy: “He told me his plan and I will tell you it’s incredibly groundbreaking and it’s revolutionary for television, the way he’s figured out how to use these graduated high school characters on this TV show,” she said.

Get this: Michele was so emotional over Murphy’s decision to reveal she’d back, the star actually teared up.

Now, don’t gleek out on us, but there is some bad news we have to report — you have to wait until the summer of 2012 to get your gleek on with TGP.

Head over to our comments section and tell us what you think of Lea Michele guest mentoring the contestants on The Glee Project.