Terrence Howard can thank his father for preparing him for his role in Red Tails. 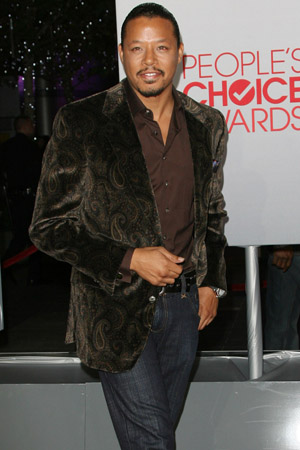 Remember how you thought you’d never use anything you learned in history class in real life? So did Red Tails star Terrence Howard.

However, he did have to draw on the stuff he learned about the Tuskegee Airmen for his role in the new George Lucas-produced film.

“I’d written reports about them in 1974, 1975, for my dad. That’s how my daddy would discipline us,” Howard told the Philadelphia Inquirer of the first African American fighter pilots allowed into war.

“My dad was big on education, so I grew up knowing about the black pilots who shot down Nazi jets, and flew the P-51 Mustang. For me, the Mustang was always the airplane, not the car.”

The newly-single actor plays Bullard in the film, a character based on several of the Tuskegee soldiers. The action film is not a retelling of the story, though Howard said the film does have definite roots in the World War II history.

“If these airmen didn’t do the things they were able to do, I promise you there is every chance the Axis powers would have found a way to survive,” Howard said of the Airmen. “They were developing weapons systems that could have turned the tide of the war.”

It was a fight to even get the film made. Lucas spent over two decades — and $100 million of his own money — to get the film made after Hollywood big wigs said a film about black servicemen wouldn’t get an audience.

“George, when he came [on a set visit] to Prague, reminded us that we’re making a movie about heroes, not victims,” the former Law & Order: Los Angeles actor recalled.

“These guys were real heroes, and real heroes don’t brag about their exploits. That’s why very few people know that they helped save the world.”

Have you seen Red Tails? What are your thoughts on the film?