Can Brandy take on Whitney Houston? She wants to, but does she have the chops? 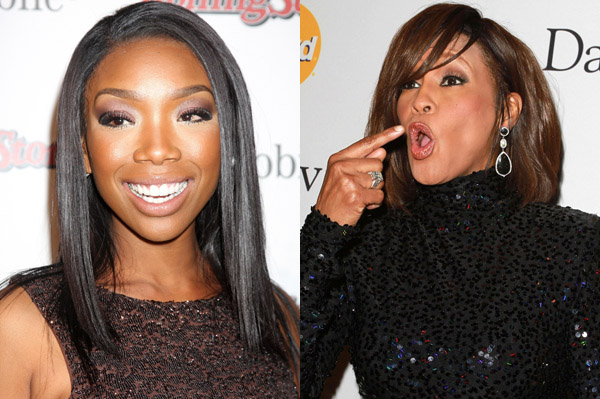 “My dream role would be to play Whitney Houston. Of course she would have to sing all the songs,” she said. “But I would love to play Ms. Whitney. I have her personality down pat, her ‘isms’ down pat. Like no offense ladies — it’s a lot of talented ladies there — but nobody can play Whitney like me. Yes!”

Brandy and Monica reunite for a new duet >>

Phew — at least the former Dancing With the Stars contestant doesn’t think she has the vocal chops to take on Whitney (she doesn’t).

Brandy did have some time to study Houston when they acted together in the 1997 adaptation of Rodger’s and Hammerstein’s Cinderella.

Houston has no current plans to make a movie of her life — as far as we know — and is currently in Detroit working on the remake of the 1976 film Sparkle.

“Sparkle is a movie I have wanted to remake for a long time and I am so glad to finally see my wish come true and to be part of this stellar team of actors and producers,” she said in an October statement. Her troubled daughter, Bobbi Christina Brown, is listed as producer on the film.

It’s fun to think about a Whitney Houston movie though — and we’d love to hear Brandy say her famous line. You know the one…