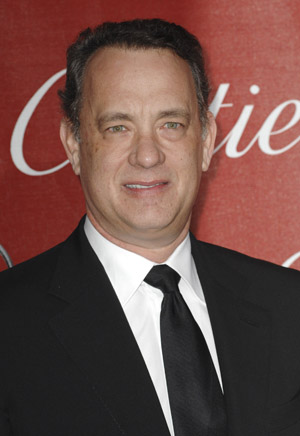 Tom Hanks might be riding high with the critical acclaim of his new film, Extremely Loud and Incredibly Close, but he’s dealing with some personal sadness at home. The Oscar-winning actor revealed that he just lost his pet dog.

So sad. Losing a pet is never, never easy — just ask Kelly Osbourne. The animal-loving E! Fashion Police host has lost three dogs over the past couple of years, including one family dog over Christmas.

“Today is a sad day in the Osbourne family house hold we lost R dog martin of 14 years,” she tweeted on Dec. 25. “Devastated does not quite sum it up! #NotSoMerryXmas.”

One of her Pomeranians died in July 2010 while she partied with friends in Las Vegas.

“My life just could not get any worse right now I come home to find my dog Woody is dead,” she tweeted.

“My poor baby girl Noodles is sick she had a seizure & they don’t know why I’m taking her to see a specialist 2 hours away for a brain scan,” she tweeted in mid June. “I can’t even look at my baby girl without crying she just looks so sick and helpless.”

She later updated with bad news. “Noodles is not going to make it. She was born with a brain defect and I have to put her to sleep today. I’m devastated. I just can’t believe it.”

“‘If there are no dogs in Heaven, then when I die I want to go where they went.’ — Will Rogers,” she added.

That’s a pretty appropriate quote for anyone who loves animals, celebrities included.