Aretha Franklin isn’t going to be a bride… yet. The singer revealed that she called off her wedding to longtime friend Willie Wilkerson. 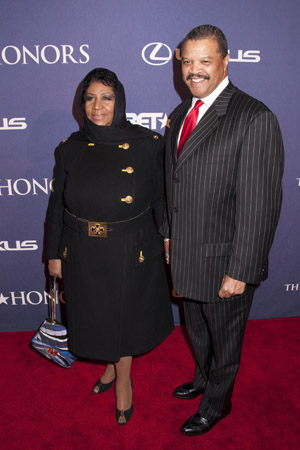 Aretha Franklin won’t be a new bride in 2012. The singer announced Monday that she broke off her engagement to Willie Wilkerson.

“Will and I have decided we were moving a little too fast, and there were a number of things that had not been thought through thoroughly. There will be no wedding at this time,” Franklin said in a statement. “We will not comment on it any further because of the very personal and sensitive nature of it. We appreciate all of the many well wishes from friends.”

The “Respect” singer announced her intent to marry Wilkerson just after the New Year.

“We’re very compatible, and he supports me and I support him a lot, and he has given me specialized attention that I don’t think I’ve received from anyone else,” Franklin said.

“We’re looking at June or July for our date and no, I’m not pregnant, LOL!” she joked after the announcement. The now cancer-free singer was looking forward to buying a wedding dress for her new svelte frame.

“Ms. Franklin is considering Donna Karan, Valentino and the queen of wedding dresses, Vera Wang, to design her gown,” her rep said at the time.

We hope she didn’t already put down the cash for that dress!

Maybe her admission of a fling with a late night talk show host had something to do with the split? “We had an intimate affair. [He was] one of America’s late-night talk-show hosts,” Franklin told the Associated Press. “At this point I’m thrilled it didn’t [work], and what I was looking for was already here.”

The talk show host was rumored to be Arsenio Hall, but we doubt he caused the broken engagement. We think it’s more off a case of two strong personalities butting heads.

“I like being married. It’s an institution that I like,” she said. “So momentarily I don’t see any reason why I shouldn’t be married.”

“I need taking care of a little more, I think. Let someone else be strong.”

Maybe she just wasn’t ready to let someone else be strong?