Nancy Bilyeau’s debut is an edge-of-your-seat historical thriller that will have readers eager to discover the secret behind The Crown. We couldn’t stop reading this book, as Bilyeau combines intriguing historical details with a breathless race to save a priceless historical artifact from the 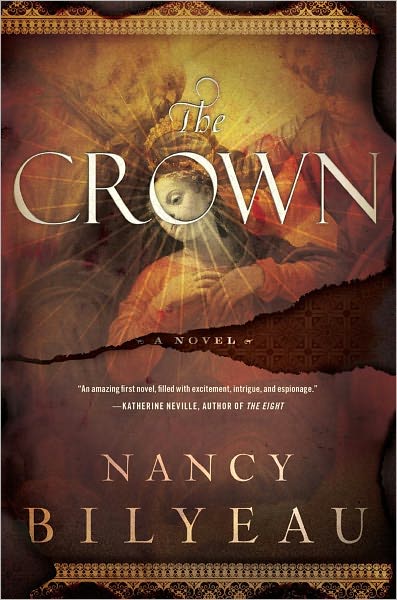 clutches of a greedy but powerful church leader.

When Joanna Stafford, the daughter of a once-proud family of nobles living in 16th century England, learns that her cousin is going to be burned at the stake for heresy, she is distraught. She makes a fateful decision to leave her priory to see her cousin’s execution, a seemingly small choice that will change Joanna’s life forever.

Joanna is arrested after her cousin is burned at the stake and is taken to the Tower of London. She spends her days in fear until she is visited by the Bishop of Winchester, Stephen Gardiner. Bishop Gardiner has a proposition for the young novitiate: to find a crown that has been hidden at her abbey, in exchange for her freedom. Though Joanna initially resists, she realizes she must do as the bishop asks when she discovers that her father is his prisoner as well.

Torn between love for her father and her duty to her priory and fellow nuns, Joanna doesn’t know what path to take. As she searches in vain for the crown, Joanna must decide where her loyalties lie before it is too late.