Heidi Klum and Seal have officially confirmed they are separating after a weekend of public speculation. Read on for the couple’s statement on the sad news. 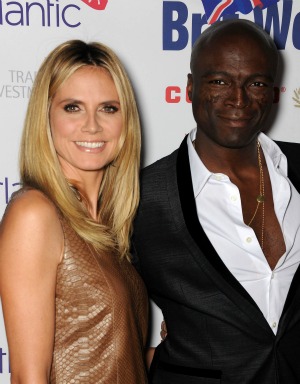 After seven years of what many thought was a model marriage, supermodel Heidi Klum and her singer husband Seal have confirmed they are separating.

The couple shared the sad news with People magazine.

“While we have enjoyed seven very loving, loyal and happy years of marriage, after much soul-searching we have decided to separate,” they said.

“We have had the deepest respect for one another throughout our relationship and continue to love each other very much, but we have grown apart. This is an amicable process and protecting the well-being of our children remains our top priority, especially during this time of transition.”

“We thank our family, friends and fans for their kind words of support. And for our children’s sake, we appreciate you respecting our privacy.”

The couple met in 2003 shortly after Klum had split from disgraced Formula 1 racing manager Flavio Briatore while she was pregnant with his child. Seal proposed to Klum in 2004 and in addition to her daughter Leni by Briatore, they have three children together: Henry, six, Johan, five and Lou, two.

The couple was so wildly in love that they renewed their wedding vows annually on their anniversary.

“We love to renew our vows,” the Project Runway judge told Redbook in 2010. “It’s our time — a lovely family time. It’s about remembering this moment of love we gave to each other and reinforcing it.”

While little inkling was previously given that there was trouble in paradise, rumors surfaced this weekend that Klum was filing divorce papers on Monday — rumors that have sadly proved to be at least partially true. While as of this writing papers have not yet been filed, the pair is definitely dunzo.