Beyoncé is mourning the death of Etta James today, four years after playing the iconic singer in Cadillac Records. See what she had to say about the legend. 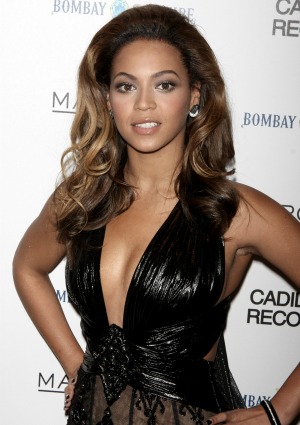 Beyoncé is mourning the death of legendary blues singer Etta James today, despite the fact that the icon tore her apart for being chosen to sing at President Obama’s inauguration over herself.

Speaking for the first time since she gave birth to Blue Ivy Carter earlier this month, Beyoncé expressed her sorrow to fans on her website.

“This is a huge loss. Etta James was one of the greatest vocalists of our time,” she wrote.

“I am so fortunate to have met such a queen. Her musical contributions will last a lifetime. Playing Etta James taught me so much about myself, and singing her music inspired me to be a stronger artist.”

“When she effortlessly opened her mouth, you could hear her pain and triumph. Her deeply emotional way of delivering a song told her story with no filter. She was fearless, and had guts. She will be missed,” she said.

Beyoncé played James in the film Cadillac Records, a portrayal of which the “At Last” singer approved. She was not such a fan of the fact that Beyoncé was chosen to sing her most famous song at the Inauguration Ball of President Barack Obama.

“You know, your President, the one with the big ears — he ain’t my President — had that woman singing for him at his Inauguration,” James complained during a performance. “She’s going to get her a*s whooped. How dare Beyoncé sing my song that I been singing forever.”

“The great Beyoncé,” James continued. “Like I said, she ain’t mine. I can’t stand Beyoncé. She has no business up there, singing up there on a big ol’ president day, gonna be singing my song that I’ve been singing forever.”

James later told the press that she was just joking, and Beyoncé has never seemed to carry a grudge about it.