Etta James’ legacy will live on past her death, thanks to the singers she influenced. 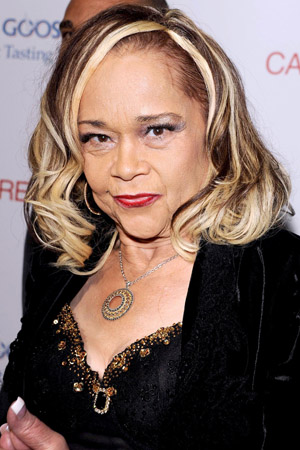 The world lost a music legend today: Etta James passed away early Friday after a battle with leukemia. She was 73.

“This is a tremendous loss for the family, her friends and fans around the world,” her rep, Lupe De Leon, said when confirming her death at Riverside Community Hospital in Riverside, California.

“She was a true original who could sing it all — her music defied category. I worked with Etta for over 30 years. She was my friend and I will miss her always.”

The “At Last” singer had a tumultuous life filled with heartbreak and drug abuse, but her enduring legacy will be in today’s singers influenced by her work.

Beyoncé Knowles had a long — and sometimes tumultuous relationship with James. The new mother of Blue Ivy Carter play James in Cadillac Records, a film loosely based on the singer’s life.

“[James was] a powerful woman but also so troubled, and that comes across in her music,” Beyoncé told The Los Angeles Times when the movie came out.

Beyoncé also performed “At Last” for President Barack Obama and Michelle Obama during his 2009 inauguration. However, James wasn’t pleased with her younger protégé.

“The great Beyoncé… I can’t stand Beyoncé. She has no business up there, singing up there on a big ol’ president day… singing my song that I’ve been singing forever,” she told the New York Daily News afterward. She later claimed it was a joke.

“I didn’t really mean anything. Even as a little child, I’ve always had that comedian kind of attitude… that’s probably what went into it.”

23-year-old British phenom Adele is well on her way to musical icon status, but she counts James and soul singer Aretha Franklin as the best of the best in their field.

“If you were to look up the word singer in the dictionary, you’d see their names,” Adele said of her idols.

The Voice superstar Christina Aguilera also counts James as one of her biggest influences — she’s performed “At Last” countless times. The late singer was also a huge fan of Aguilera.

“She said, ‘Don’t pay attention to any of the negativity out there. You keep doing what you’re doing and don’t care what other people think,'” Aguilera remembered of her conversations with James. “She was so down to earth and so real. She called me an old soul and said that my voice reminded her of almost a Janis Joplin to a Dinah Washington. She made my life with her compliments and the things she had to say.”

Oscar-winning singer and actress Jennifer Hudson channeled James — and other singers like her — when she portrayed Effie White in the 2008 film Dreamgirls.

She also performed “At Last” while a contestant on American Idol, giving the judges and audiences chills with her vocal skill.

James might be an unlikely influence to new mom Pink, but the “So What?” singer took to Twitter to talk about the effects James had on her life.

“RIP to the late and great Etta James,” she tweeted Friday morning. “Your voice and your fight inspired me and many. I love that through recordings, people can live forever.”