The man accused in the triple homicide that left Jennifer Hudson’s mother, brother and nephew dead will stand trial for the slayings in April. 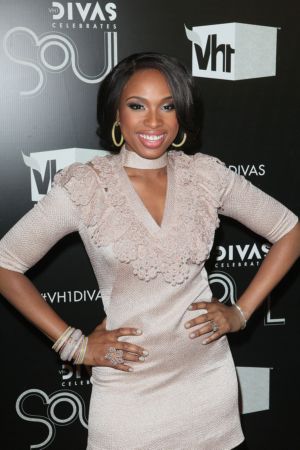 The man accused of murdering Jennifer Hudson‘s mother, brother and nephew three years ago will stand trial this spring.

William Balfour, the estranged husband of Hudson’s older sister Julia, is facing first-degree murder charges in connection with the triple homicide of the Oscar winner’s mother Darnell, her brother Jason and her 7-year-old nephew, Julian King, in October 2008.

The bullet-riddled bodies of Darnell, 57, and Jason, 29, were discovered in the family’s South Side Chicago home five days before Halloween. King’s remains were found three days later in an SUV abandoned on the city’s West Side.

He suffered a fatal gunshot wound to the head.

Prosecutors claim Balfour shot the family in a jealous rage because Julia was dating another man.

“When Balfour learned that Julia and her mom wanted him out of their lives for good, he was raging. He knew how close Jennifer was to her family and he threatened to kill her, too,” a Hudson family friend said shortly after the slayings.

“Balfour told Julia he was going to kill her and her entire family, including Jennifer, if she didn’t stop messin’ in his life.”

Jennifer recently credited an impromptu romantic rendezvous to see her fiancé, David Otunga, with keeping her away from Chicago that fateful night — and likely saving her life.

Balfour’s trial has repeatedly been delayed at the request of his attorneys. During Thursday’s hearing, his legal team asked for another postponement to review evidence.

The motion was denied.

Balfour, a convicted felon, has entered a not guilty plea.